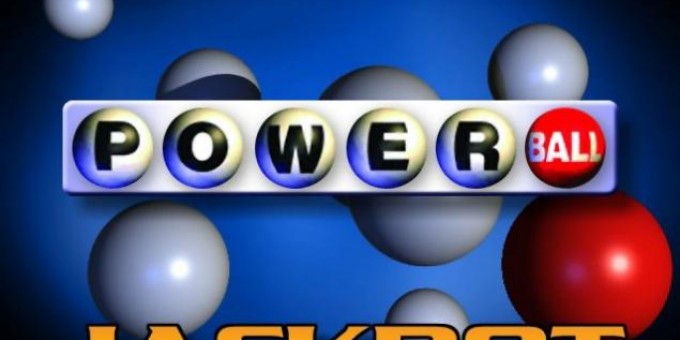 Before you buy your lottery ticket, consider this

Dying in an asteroid apocalypse.

Getting struck by lightning while being eaten by a shark.

In 1842, Honoré de Balzac, the French novelist and playwright, described the lottery as “the most powerful fairy in the world” and “the opium of poverty” in La Rabouilleuse (The Black Sheep). (Supposedly Karl Marx borrowed one of his best known phrases, “religion is the opium of the masses,” from Balzac.) Like a drug, lotteries work up peoples’ dreams of escaping their own problems. It numbs them from desperate conditions, and offers small glimmers of hope for the hopeless. The whole thing inverts fantasy as farce, with the joke falling on the poor.

Fifty years ago most state lotteries did not exist in America. For much of the 20th century, in fact, they were illegal. Today, only six states (Alabama, Alaska, Hawaii, Mississippi, Nevada, and Utah) do not have lotteries. Lotteries emerged onto the scene during a host of economic problems like the 1970s oil shocks, spending reforms from the 1960s to 1980s, deindustrialization of manufacturing cities, the early 1980s’ recession, and what many have overlooked, antibusing movements that transitioned into tax revolts during the 1970s.

Tax revolts led by “mad as hell” white people started in California with 1978’s Proposition 13. For them, “big government” had morphed into a coercive state that paid for minority-pandering initiatives—like busing, affirmative action, and welfare—with their “hard-earned” tax dollars. The landslide passage of Proposition 13 provided across-the-board relief and set up procedural barriers that blocked new taxes or tax increases. Voters across the nation surfed California’s wave of revolt in subsequent years and approved property tax limitation laws in over two-thirds of all states. Property taxes that comprised over a quarter of all local taxes during the early 1970s made up just over 15 percent by the late 2000s.

In effect, state governments had been placed in a fiscal straightjacket. Policymakers turned to piecemeal alternatives to make up the difference. They welcomed “the lottery tax” with open arms. Through its unimposing nature and reliance upon voluntarism, revenues could be generated without mention of the “t-word.” Lotteries now comprise anywhere between 1-to-10 percent of all local taxes for states that have them. These percentages may seem small, but each year they represent hundreds of millions for public services. Lotteries were often passed on the promise of providing extra funds for “good causes”—public education in particular—a service once financed almost solely by property taxes. In practice though, they do not offer extra funds but substitute for other tax revenues.

Many early lotteries didn’t start off as “instant winners”. In fact, it wasn’t until the state co-opted and commercialized the “numbers” game, or what we know today as “Pick 3,” Powerball, etc., that lotteries saw their true money-generating potential. These games were illegal before the state monopolized this section of the gambling industry, but remained wildly popular among Black communities in cities like Chicago and New York. Known in the ghetto as “policy,” this game offered a ready-made consumer base. After all, lottery money doesn’t just come from anyone.

Lottery money disproportionately comes from those without education and people of color. Annual per capita sales for lottery players with less than a high school diploma is $700, whereas this figure is $178 for lottery players with a college degree. Meanwhile per capita sales is $998 for Black lottery players, $289 for Latinas/os, and $210 for Whites. These figures remain consistent even when a host of other figures are held constant, like income, age, sex, and religion. As much could be expected if lottery advertisements are any indication.

When ads of the Illinois Lottery read “How to Get from Washington Boulevard to Easy Street” or “This could be your ticket out”, and these are disproportionately placed in poverty-stricken, minority-concentrated communities where lottery venders are plenty, the intended audience is no mystery. Dr. King had been to the mountaintop, his eyes had seen the promised land. And in his line of sight, there stood a winning lottery ticket. That’s the message of D.C. Lottery billboards at least, with Dr. King’s image draped in the background alongside the words “His vision lives on … honor the dream.”

Half of millennials say the “American Dream” is dead, and recognize prudence, hard work, and investment only takes someone so far. The top 3 percent of the America’s wealthiest households hold over half of all wealth. The top 1 percent has enjoyed 95 percent of income gains during the past few years. As for student debt, 40 million people owe about $1.2 trillion in an economy with less high-paying jobs and more minimum wage ones. The lottery can be seen as “a tiny hole in the ‘closed system’ of toil and budgeting, a ‘safety valve’ through which the repressed wishes crowd for escape.” For many Americans, it is the closest thing to “equal opportunity” they have.

Kasey Henricks is in the sociology program at Loyola University Chicago. He is the author (with David G. Embrick) of State Looteries: Historical Continuities, Rearticulations of Racism, and American Taxation.