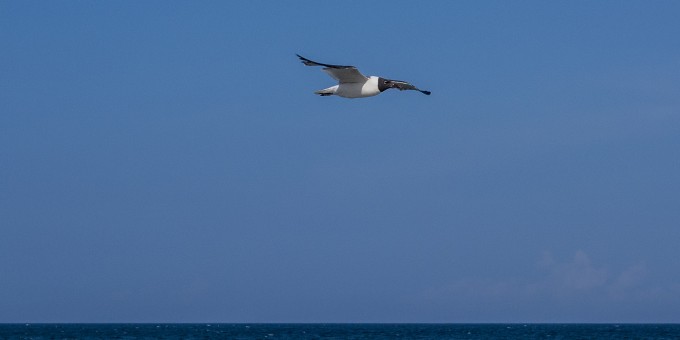 Don't tie me down / photo by pnc

Academic hack heard round the world

A researcher from Kazakhstan, Alexandra Elbakyan, in 2011 created a system know as Sci-Hub that has since unlocked almost 50 million paywalled academic articles. Elbakyan claims, “We have already downloaded most paywalled articles to the library … we have almost everything!” According to Science Alert, rather than attempting to steal and store everything at once, her system waits for someone to request an article, then (if it’s not already pirated somewhere) pretends to be a university with a subscription to the journal. As Sci-Hub returns the paper, it keeps a copy (or leaves it on another site), allowing the system to answer the next request faster. That means the archive keeps growing as new material is published.

Of course, Elbakyan was working from an earlier generation of code, which built off earlier work, and so on. That’s the way the giant underworld of pirated information works. Now, for more or less the same reason that drug deals and child pornography are so hard to stop, the corporate masters of the academic universe are coping with a major breach.

The technical aspect is one story; another is why are people illegally downloading copyrighted materials in the first place? Well, one obvious reason is—as journalists, librarians, academics, and anyone else looking for scholarly material is well aware—academic journals and individual articles have become prohibitively expensive. Elbaykan, who studied at Kazakhstan University, explained, “Prices are very high, and that made it impossible to obtain papers by purchasing. You need to read many papers for research, and when each paper costs about 30 dollars, that is impossible.”

Another part of the story is that for-profit publishers, like the world’s largest one, Elsevier, are hugely profitable while relying on unpaid labor of academic writers, reviewers, and editors (whose salaries are paid by the same institutions that also pay institutional subscriptions—to get their knowledge back).

Sci-Hub was found to be in violation of copyright laws and was shut down by a court order in October of last year—in the USA. But it moved to a new domain in Russia, and if that gets shut down too it could move to a “dark net” space. Elbakyan says it could survive even harsher attacks, although using it would become more inconvenient. (The American Sociological Association journals, published under contract with Sage, are among the content Sci-Hub serves up in apparent violation of US law.)

It’s not that information does or doesn’t want to be free, but it is certainly the case that information travels very light. It’s hard to keep knowledge pinned down. As the legal battle goes on, and publishers invest in new technology to prevent access to what they’re selling, the reading public is increasingly frustrated that it appears their money—through individual sales, or private or institutional subscription fees, as well as government research support—is being spent as much to keep knowledge away from people as to make it available for public benefit.

Time for a new model. Seems outrageous that in this time of tightening budgets that universities aren't demanding more from publishers like Elsevier. For the common good, academic research should be accessible to the masses, not behind a paywall.

When you see an interesting article, and you have to pay $20, $30, $40 to read it, come on, that's just insane and repressive for student researchers, and the common good.

In my opinion, this program had both pros and cons, so you should not consider it on only one side. The information could be spread at a fantastic speed and I’m not sure that it would be for the best. I would like to use this example for my scientific work, and https://au.edubirdie.com/english-assignment-help will only make my work even better. Even though this assignment is in English, but taking into account our teacher and his requirements, help would clearly not hurt me.

It seems to me that any person wants to get something for his work. When I was at university, it was important for me to have good grades for my assignments and exams, and I was looking for any ways to improve my academic performance. When I was writing an academic essay, I needed help with proof reading my essay and correcting errors. I think that the fact that I turned to the professionals, here https://www.essayedge.com/academic-essay-editing/ is their website, and paid for this service is the right decision. Because I paid for good editing of my academic essay and got a high grade for my writing work. Some students didn't check their essay and received grades lower due to grammatical and semantic errors in their text. That's fair, isn't it?

Is wise essays legit? This is the best writing experience I've ever had! The author surely helped me with writing and confirmed me different strategies and types of how to enhance my writing. She helped guide me and improve my essay writing.
https://papergraders.net/reviews/wiseessays-com/

And we were forced in a sports college even on such a topic to write a term paper with the details of how and what to do in order to achieve certain results, that is, also with the calculations. Of course, I did not work out and did not fit together, it's good that my friend threw me a list of services at https://www.writingjudge.com/, which is the most detailed information on these companies. There I found and ordered it for myself. I did not even expect to agree to write on such a strange topic, but that's okay, you can find there any company that will write anything and at the same time quickly. So I'd like you to meet me. I hope I was able to help someone.