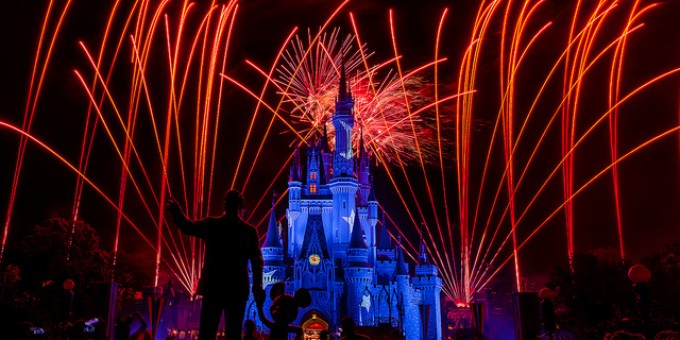 Contexts Quicklit: 7 Recent Findings on Disney (not just about gender)

Children aren’t the only ones spellbound by “The Magical World of Disney.” Sociologists and other researchers seem to be equally captivated by Disney and its powerful ties to American culture. There are plenty of online sociological commentaries (for example, see here, here, and here) and entire sociology courses are devoted to the topic (see here and here). Sociologists aren’t alone in their fascination with Disney — even medical professionals have found Disney films to be worthy of analysis (for example, on sleep disorders, here).

Why are so many sociologists so enthralled with Disney-related research and critical analysis? Joel Best and Kathleen Lowney suggest that Disney’s “close associations with what are widely considered positive moral values serve to make it an attractive target for a broad range of social problems claimsmakers.” Or, maybe, the nearly universal public familiarity with Disney provides a useful cultural bridge to help sociologists connect with and engage broader audiences. Whatever the reason, there is ample research on Disney films. Some, like this article on gender roles and princess, follows the popular critiques. But there’s more.

In an effort to capture the breadth of Disney research, this Quicklit highlights recent sociology related to children’s attitudes and behavior, race and ethnicity, and character identities that move beyond prince and princess. We labeled the findings with Disney song titles, so you can sing along.

1. “A Girl Worth Fighting For”

A study of 50 first graders revealed that children police interpretations of classic Disney stories based on gender. Baker-Sperry (2007) read Walt Disney’s Cinderella to small groups of students, observing and analyzing their reactions. Almost all children had prior knowledge of the plot and characters, but boys and girls differed in their reactions to and interpretations of the classic fairytale. Girls, as a group, did not permit retellings deviating from the original and made personal connections with the women in the story that aligned with femininity stereotypes. Boys, on the other hand, strongly opposed Cinderella and doled out social sanctions to boys expressing interest in the “girly” story.

Disney can influence the world of imaginary play for children through its “transmedia”– products that extend beyond the screen. In Gender and Education, Wohlwend (2012) analyzes observations of two kindergarten boys who challenged gender norms by taking on the roles of princesses during imaginary play and used Disney Princess transmedia as tools in their play negotiations with peers. The Disney transmedia connected children to familiar narratives (or “identity texts”), which limited pretend play by promoting traditional gender binaries but also provided flexibility for the boys to creatively bend gender norms under the guise of the “imaginary.”

Many consider(ed) The Princess and the Frog (2009) to be a landmark film for Disney because it introduced Tiana, the “first Black princess.” In a brief preface to the Journal of African American Studies, King et al. (2010) challenge the notion that The Princess and the Frog was a dramatic and positive shift in the portrayal of Black characters and “blackness” in animated films. The authors pose a number of thoughtful questions and critiques of the film, especially concerning the setting (1920s New Orleans and the Louisiana bayou) and the fact that Tiana was a frog during much of the film, not a princess. King et al. (2010) point out that rather than offering “a new animated representation of blackness or the princess” (396), the film has a tendency to shield viewers from troubling and complex issues of race.

Herbert-Leiter (2014) analyzes the exploitation and “Americanization” of Cajun identity and culture in Disney’s The Princess and the Frog (2009). Herber-Leiter (2014) acknowledges that Disney made some encouraging choices in its depictions of New Orleans and the Louisiana swamp, but things get thorny due to the absence of important historical nuance surrounding the film’s portrayal of Ray, the Cajun firefly. According the author’s critique, Disney’s amplification of Ray’s ethnic “otherness,” distances the main characters (Tiana and Naveen) from complicated racial, ethnic, and cultural issues, insinuating that even though Tiana isn’t White, she’s not the real “minority representative” (972).

Moving Beyond Princes and Princesses

Bright-eyed ingenues and strapping young men aren’t the only Disney characters worthy of critical examination. Robinson et al. (2007) analyzed older characters in 34 Disney films. Some of the indicators used to classify more senior characters were pronounced aging features and having adult children, grandchildren, and/or great-grandchildren. The results show that representation of aging characters has increased over time, and most were White, men, and not main characters. Interestingly, about 67% of older women played villains, whereas older men played a greater variety of parts. Robinson and colleagues concluded that while Disney films depict older characters with a mixture of favorable and unfavorable physical and personality attributes, there are a troubling number of unflattering representations that could affect children’s attitudes about the elderly.

The Internet of Things (IoT): Applications, Investments, and Challenges For Enterprises Case Solution

I am pretty sure about this information you shared because its really helpful for everyone.

Disney should take it one step further and publish works that real world children can identify with instead of the typical identifying texts the company usually partakes in. from association of beautiful people being the good guys to the hidden issues of racialization, i feel these children do not see real issues, therefore these children will not see real solutions and remain in trance with these worlds of fantasy.