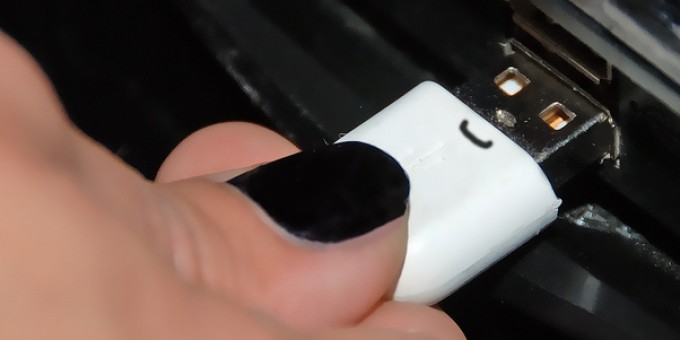 Digital sociology is a broad concept that includes the use of digital tools for sociological practice; research on the effect of digital technology on social phenomena; the critical analysis of digital technology; and how humans embody the digital (see Deborah Lupton’s book for an overview). The American Sociological Association will host a social media pre-conference on August 19 of this year ahead of the annual meeting. If you want to learn more about how the digital relates to your sociological research, here are some great places to start.

Jonathan Wynn gives insight into what media and technology can do for sociologists in his 2009 Sociological Forum article. Media and technology benefits research by substantiating claims made about data. For instance, ethnographers can video their participants and produce a documentary, giving visual depth to sociological insights. Sociologists can also use digital technology to improve the learning experience of their students. Wynn describes how his students used Wikis, online programs created through collaboration, to get familiar with course material. They found it less stressful to participate in Wikis that traditional means of assessing their knowledge, such as writing long essays. Considering how digitally connected students are today, techniques that incorporate technology improve understanding and recall of course content.

Deborah Lupton takes a critical approach in her 2013 Social Theory & Health article to examine the ‘digitally engaged patient,’ which refers to people who engage in self-care through the use of digital media technology like blood sugar monitors. The healthcare industry advertises digital media technology as a means of empowering the patient by giving them more control over their health. Lupton counters that empowerment comes with obligations such as maintaining a daily schedule and responding to the indicators provided by a device. Further, some people might resist the use of digital tools due to their unfamiliarity with technology. Data gathered from self-monitoring might affect a patient’s emotions. For instance, a person with diabetes who monitors their blood sugar may experience anything from anxiety to encouragement after reading their blood sugar levels on a glucometer. So the effective use of digital technology requires discipline and an open mind. And digital health devices also have implications for healthcare workers and providers. So although digital technology provides new insights about health, the emphasis on control and empowerment misses the complex relationship between digital technology and health.

Digital Media May be the Answer to #OscarsSoWhite

A 2015 Sociology Compass article by Maryann Erigha addresses how digital media might provide a better avenue to cultural production for women and people of color than Hollywood. Cultural production reflects numerical representation, quality of representation, and centrality of representation. Erigha (2015) finds that the representation of women people of color does not reflect their proportion of the population, but digital media such as YouTube and Netflix give women and people of color the opportunity to focus on making multicultural digital content. The Internet allows people to circumvent entertainment industry gatekeepers by providing alternative models of distributing content.

A different kind of gender gap

Viewers of pornography typically get their content from the Internet, marking the role digital technology has in the current sex industry. The debate around the implications of pornography have on gender inequality, however, is far older. Some academics argue that the pornography industry empowers women while others believe pornography endorses violence against women. A study published in the Journal of Sex Research in 2014 tries to the settle the debate with a content analysis of the gender dynamics in the top 100 most viewed videos from the most popular porn sites. The researchers focused on differences in objectification, power, and violence of both men and women in the sex scenes of professional and amateur videos. Content in professional videos tended to show women being treated as sexual objects, in submissive roles, and subject to violence (primarily spanking and choking) more than men. Content in amateur videos paralleled these dynamics. The rise of amateur pornography is one place were analyses of digital media should take into account the role of content producers.

Some scholars describe online interpersonal communication as disembodied, but research published in Disability & Society reveals how central the physical body is to social exchanges on the web. The authors conducted in-depth interviews with people with disabilities to examine whether a mind-body split emerged in digital exchanges. The Internet provides people a way to manage friendships and intimate relationships, and gave them a way to access networks of support through disability-related websites. This included exchanging jokes and discussing challenges in a safe space. Nevertheless, the participants preferred face-to-face contact in their relationships. Although technology provides a way of achieving a sense of community, relying only on digital technology to interact with others may lead to sense of alienation.

To gauge the effectiveness of social media by political candidates, Axel Bruns and Tim Highfield examined the activity on 80 Twitter accounts during the 2012 election in the Australian state of Queensland. They compared the activity of accounts associated with two major political parties with those of smaller parties. They found that the political party whose accounts sent out the most tweets did not win the election, likely because the winning party did not feel pressure to win votes. Additionally, mentions directed at political candidate’s accounts did not seek to engage in direct conversation. Lastly, they found that the small parties were connected to the network of political activity primarily through mentioning political opponents. In this case at least, social media activity ultimately did not seem to have a significant role in engagement with constituents or the outcome of the election.

How digital technology contributes to crime

Digital technology has many merits, but scholars like Frances P. Bernard and Nicholas Goldlove also do work on its drawbacks. Their 2012 Criminal Justice Matters piece focuses on cybercrime, which includes illegal activity that occurs through digital technology and illegal use of digital technology. The resolution of cybercrime faces two significant barriers. First, underreporting leads to inaccurate understanding of the rates of victimization to cybercrime. Second, the absence of physical contact in cybercrime conflicts with how traditional legal frameworks defines property. And, of course, unlike crimes executed through physical contact, the offender in a cybercrime could be located anywhere.

In fact, digital technologies are developing very quickly and I am more than sure that every year the progress is multiplied several times! The most important thing is that it does not destroy us.

You just explained a very difficult topic in a very unique and wonderful way. I was looking for information on this topic as I need to write an essay on it and I was looking for a EssayGuru to help me with it. Your post was very informative and it explained everything nicely to me so I could write it down myself.

Having your site go offline, or quit working entirely is no enjoyable. In some cases this is because of an error of your own, such as modifying your website's code and taking it offline. Yet, from time to time, this can be as a result of your host too. Visit here more information.
Personal Hosting

Digital sociology is a sociology sub-discipline that focuses on understanding the use of digital media as part of daily life, and how these various technologies relate to patterns of human behaviour, social interactions, and self-concept. Basic Surgery Kit

Client fulfillment plays a crucial function within your company. Not only is it the leading sign to measure customer commitment, recognize miserable clients, lower churn as well as increase profits; it is also a key point of distinction that assists you to bring in brand-new clients in competitive company settings.2d design

YouTube is not just the kingdom of digital enjoyment but it can also be a wonderful environment for learning. In this short article, I'll share 8 crucial reasons that you need to make use of YouTube in eLearning as well as I'll explain how making it part of your eLearning course can really benefit your eLearning audience.organic youtube video promotion

When you are capable to learn technology-based systems from ABCO Technology then you can earn microsoft certified solutions expert server infrastructure certificates and you can learn many things with expertise in web design, identity management, systems management, virtualization, storage, and networking.

Thanks a lot for sharing this wonderful information with me. I was looking for some good writing services if you guys know about them please tell me.