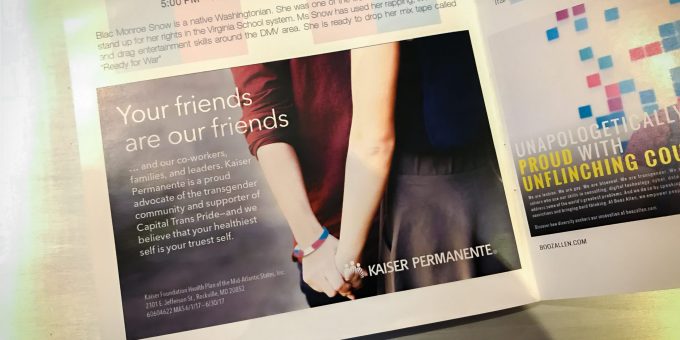 Work and the Transgender Employee

Can I tell my employer about my gender identity? Many transpeople worry about the range of possible answers to this question.

At first, the question might appear trivial: why should your gender identity even matter to an employer? It does, though. Research shows that transpeople—individuals whose gender identity does not match the sex they were assigned at birth—are treated unequally in the labor market. They are less likely to be employed, they earn less, and they are more likely to live in poverty compared to those who are not transgender.

In a recent survey, almost half of trans respondents reported being fired or not hired based on their gender identity. Even highly educated transpeople, such as scientists, experience harassment, bullying, and exclusionary behavior in the workplace. In fact, they often are treated as if they were less skilled than their colleagues. Given that over 1.3 million adults in the United States identify as transgender, this type of discrimination affects a sizable share of the population.

This affects transpeople, clearly, but also society as a whole. Recent estimates suggest that the cost of labor market stigmatization, for gender and sexual minorities alike, leads to a loss in real GDP per capita of about $400 USD.

The way transpeople are treated at work often depends on their destination gender. Research shows that, pre-transition, transmen (female-to-male) earn much less than cismen. Their earnings slightly increase after transitioning, although they remain below cismen’s. Transwomen (male-to-female), on the other hand, have similar earnings compared to cismen pre-transition, but they experience a large earnings penalty after transitioning. Drawing on a theory of “doing gender,” qualitative work by Kristen Schilt shows that transmen tend to benefit from a “patriarchal dividend” by receiving more authority, competency, respect, and recognition in the workplace relative to what they received as women. By contrast, transwomen tend to incur a double penalty: by being a woman and transgender.Gender diversity is not the same as gender inclusion. The labor market stigmatization of transpeople affects the flourishing of individuals and the economy as a whole.

Businesses are currently focused on making the workspace gender diverse but frequently overlook gender inclusivity. Although more businesses are employing transgender people, overt aggression and violent behaviors are being replaced by micro-aggressions that are more difficult to manage. People often assume that a person’s gender identity matches their sex assigned at birth, which can lead to feelings of exclusion and psychological stress, especially in workplaces that tolerate “joking” about transpeople.

In “Doing, Undoing, or Redoing Gender,” Catherine Connell shows that transpeople face a difficult decision to either deciding to mask or to disclose their gender identities. This forces them into a position of actively doing transgender. Yet, even if transpeople attempt to make their gender identities apparent in their interactions with others, those disclosures are often reinterpreted in ways that reinforce the gender binary at work, thereby reproducing inequalities.

What can we do about this situation in workplaces?

First, tackling gender discrimination should be included in company policy. Transpeople who experience discrimination at work should be able to report this to their manager or a confidential advisor without feeling dismissed or demeaned.

Second, it is important to have visible and approachable role models and safe spaces in which everyone is welcome to talk to and learn from each other. Research shows that contact interventions, in which different people from different subgroups meet and get to know each other, remove prejudices better than inclusivity trainings, for example.

Third, workers should use gender-inclusive language and avoid making assumptions about a person’s gender. This can include using gender-neutral terms like “partner” instead of “husband” or “wife” and using a person’s name and pronouns without question.

Finally, workers should avoid gender apprenticing. Some workers feel compelled to socialize transpeople into their destination gender so they can do gender in the workplace in the so-called “right” way. Although such people may be well-intended, this practice is counterproductive; transgender identity is distinct and unique.

Because “diversity” is not the same as “inclusivity,” a gender diverse workspace is successful only if it is accompanied by an inclusive workspace that accepts all workers as included and valued and that rewards workers based on their individual merits.

Deni Mazrekaj is in the sociology department at Utrecht University and is an affiliated researcher at KU Leuven and the University of Oxford. He studies the sociology of the family and sociology of education, particularly the role of school and family environments on children’s outcomes.