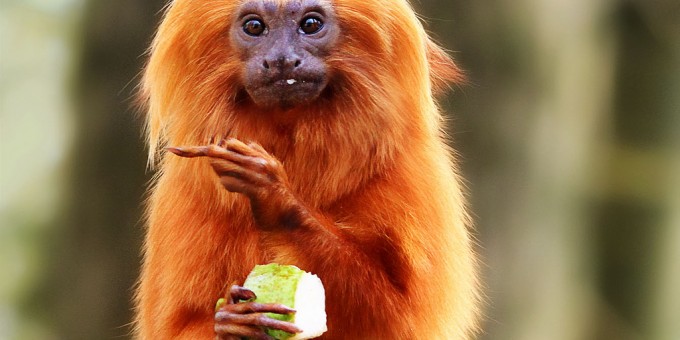 Myra Marx Ferree recently took to the pages of Contexts to set fire to Wednesday Martin’s Primates of Park Avenue, a crossover hit that makes sense of the status hierarchies, consumerist rituals, and elite identities of wealthy women on Manhattan’s Upper East Side. Ferree’s main concern seems to be that Martin’s book doesn’t fit the mold of a textbook or treatise written for the cultural insiders who read most of the works published by academic presses.

The review dismisses Martin’s bestselling memoir, which has been read, applauded, and critiqued by a broad variety of mainstream journalists, feminist blog writers, cultural critics, young readers, and fellow academics. Biosociologist Dalton Conley wrote to the New York Times in support of Martin’s “insightful analysis of gender inequality.” As he writes, Martin’s book devotes much needed attention to an overlooked New York tribe: “The rich and privileged usually escape the ethnographic eye, leaving them as the unstudied, unquestioned category while the poor and disempowered are subject to the scrutiny of the sociological lens.” Her book has been translated into nine foreign languages and will soon become a feature film produced by MGM, further expanding the reach of her story. Martin’s New York Times Sunday Review piece, “Poor Little Rich Women,” was one of the paper’s twenty most-read pieces of the year, while other insightful writing on misogyny, gender, motherhood, and female sexuality has appeared in popular publications like The Atlantic and The Huffington Post.

Ferree alludes to works that she considers superior to Martin’s book. But how many of those works speak to an audience beyond academic specialists? Why does Ferree so brusquely scold a researcher with a Yale doctorate who has produced an application of social science that’s witty, humorous, and personal enough to be read by non-academics riding to work on the train or relaxing on a beach?

I have assigned Primates in two courses, including my sociology classes at Columbia University and New York University, and Martin visited both. Conley and Martin had a fascinating in-class conversation at my Columbia class, discussing the wasteful rituals of the one percent, the performance of elite urban identities, and the expensive Manhattan prep schools that several students in the course had themselves attended. Martin invoked the essay “Up the Anthropologist” by Laura Nader, explaining her views on the importance of studying powerful elites and the inherent difficulties that the anthropologist faces when trying to do so.

In my inequality seminar, I paired Martin’s analysis of femininity, motherhood, and class on the Upper East Side with Conley’s memoir Honky, an exploration of masculinity, youth, and race on the Lower East Side. I had never before assigned such a pairing, but my students reacted enthusiastically to the authors’ lessons in identity-building and vivid accounts of their crises, friendships, and joys.

Martin’s book introduces a larger set of publics to important anthropological concepts, including intrasexual competition, intensive motherhood, the role of maternal behavior as a crucial selection pressure in human evolution, and the evolutionary origins of childhood. She also develops new terms like “Mommynomics” in order to describe the link between volunteerism that’s basically compulsory and the resulting depreciation of women’s labor. Weaving an accessible social science framework into a readable narrative adds value to our disciplines’ reach. It enables readers to see anthropological and sociological perspectives as illuminating and relevant to their lives.

On top of everything, Ferree outrageously asserts that Martin voyeuristically operates in the “worst tradition of National Geographic,” apparently forgetting that Martin had an enormous amount of skin in the game, including the education and well-being of her two young sons, her friendships with peers, and the success of her marriage. Far from the snug confines of the ivory tower, Martin was immersed in a frenetic world where learning the rules of the game would have real and immediate consequences for her family. In addition, practicing interdisciplinary scholarship without an academic affiliation and “crossing over” in the U.S. incurs the very real risk of censure, as Ferree’s essay demonstrates.

It doesn’t make sense for the established elders of our own academic tribes to lament the rise of new voices that compete with or circumvent scholarly customs and conventions. In my own work on New York nightlife I’ve watched the matriarchs of downtown clans sustain decades of glamorous prominence by constantly absorbing new aesthetics and initiating upstarts into their own tribes. Ultimately, it’s also too late to sideline social scientists who are building powerful platforms outside the academy. We see the rise and success of new efforts that break old rules, explore new pathways for learning and storytelling, and have influence in broader publics.

After Martin visited my classes I watched students line up to meet her, have copies of her book signed, and ask her more questions. Laudatory tweets and emails to her followed. Watching her lecture, I know that she would be a wonderfully innovative and extremely popular professor. But lucky for Martin she is not currently a faculty member, since she would no doubt suffer more scolding and dismissive finger-waggings.

Wow, a breathless defense of crappy sociology. Even the pic backfires.