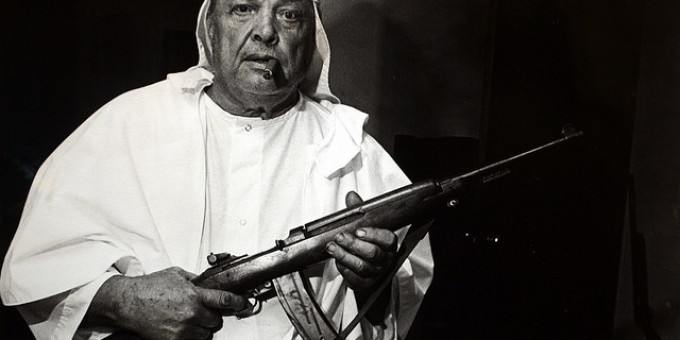 Quicklit: Whiteness in the US

Recent events brought attention to how Americans see racial identity and what it means to be or not be considered White in the U.S. When Boston University professor Saida Grundy tweeted about White male college students, the Internet responded both with support and accusations of racism. Conversation turned to whether racial identity paralleled gender identity in its fluidity when former NAACP official Rachel Dolezal came under fire for presenting as a Black woman, despite being born to White parents. Was Dolezal a fraud or “transracial”? And White supremacy drew attention in the aftermath of the mass shooting of Charleston churchgoers. This Contexts Quicklit reviews some recent sociological research findings about Whiteness in the U.S.

In their Journal of Personality and Social Psychology article, Cheryl Kaiser and Jennifer Pratt-Hyatt hypothesize Whites react more negatively to strongly-identified minorities, viewing them as rejecting the status hierarchy that privileges Whiteness. White undergraduates rated the favorability of a particular target of one of six vignettes. Each varied the racial identity of the target and the strength of their group identification. Whereas Whites favored strongly-identified Blacks and Latinos less than weakly-identified minorities, they made no distinction when the target was White. They perceived minorities as less likely to endorse status-legitimizing worldviews, but attributed these views to strongly identifying Whites. Participants who support the current status hierarchy more favorably evaluated Whites who endorsed it as well. Whether a person endorsed the existing status hierarchy mattered more to Whites than how strongly racial minorities identified with their group.

In her 2010 Teaching Sociology piece, Chavella Pittman hypothesized that as people with intersecting identities characterized by race and gender, female professors of color would face an “oppressive environment” in the classroom. In-depth interviews with female faculty revealed they experience gendered racism from White male students, who reinforced not only the professor’s identity as a woman and person of color, but also their own identity as White and male. White male students challenged their authority, questioned their teaching competency, disrespected their scholarly expertise and demonstrated threatening behavior toward them. Pittman says universities should support women faculty of color given the intersectionality of race and gender in classrooms.

Finding #3:There’s more than one way to be White in America

Monica McDermott and Frank Samson provide a comprehensive review of 20th-century research that attempted to answer: What is Whiteness? White racial identity is seen as invisible and rooted in social and economic privilege, but more recent research suggests it is a “situated identity” that depends on context. According to social psychology, it forms as an “in-group” vs. “out-group” relation to others in the environment and the development of White racial identity can be measured at various stages, leading to a rejection of racism or a “nonracist core.” The definition of Whiteness has changed over time. Late nineteenth and early twentieth-century European immigrants identified with their ethnic origins, but still experienced better relationships with American-born Whites. This led to a general White racial identity in the twentieth century. Finally, they describe White supremacists as practicing a patriarchal form of White identity based on the ideology of White men as protectors of the superior human race.

Earlier this year, a video emerged of White male members of Sigma Alpha Epsilon fraternity at the University of Oklahoma singing an anti-Black chant. Although the young men directly responsible experienced consequences, in his ethnography of fraternities, Rashawn Ray found institutional arrangements at predominantly White institutions afforded White men control of their visibility. Black men could not access this privilege. Ninety percent of students at the university were White, so White fraternity members could adopt an individual identity at-will, distancing themselves and their actions from their fraternity. Black men, as underrepresented minorities, were unable to shed their identification with their fraternities.White fraternity members had access to fraternity houses that acted as a boundary, facilitating control over their interactions with the campus at large. Without such living arrangements, Black men often experienced interactions with the university or other institutions that thwarted their social efforts. Ray concludes White fraternity men experience less accountability due to a large community size, private on-campus fraternity houses, a gender-specific Greek council, and influential alumni.

Finding #5: White anti-racists and White supremacists have more in common than you might expect

In his 2010 Ethnic and Racial Studies article, Matthew Hughey defines hegemonic Whiteness as practices and meanings that produce both racial cohesion and difference. Not only do Whites position themselves as different from and superior to non-Whites, they also reinforce intraracial differences by marginalizing group members who fail to exemplify dominant ideals. In his ethnography of White nationalists and White antiracists, Hughey found both maintained interracial differences by seeing Whites as victims of oppression, endorsing a belief in cultural pathologies (e.g., Black people have corrupt values), and lamenting the normalness of Whiteness. Whereas members of the antiracist organization expressed sadness about racism, members of the nationalist organization express anger over “reverse racism.” Both groups acknowledged misinformation or lack of information regarding Whiteness in mainstream society, and looked at race as understandable through observations, thus shunning more theoretical understandings of race. Although members of each group performed Whiteness in different ways, they both demonstrated that Whiteness involves a process of both interracial and intraracial distinction.

During graduation season, video surfaced of a White female principal criticizing Black attendees at her school’s commencement ceremony. This incident shows how White educators may carry personal biases into the classroom, providing a real-world example of research by Bree Picower published in Race Ethnicity and Education in 2009. Using qualitative interviews of 8 White female teachers, Picower examined how White preservice teachers see race and difference and the role these ideas in maintaining existing racial hierarchies. Teachers accessed emotional, ideological, or performative “tools of Whiteness” to reinforce the racial hierarchy. They enacted dominant ideologies using their life experiences, paralleling their religious and ethnic identity to what their students experienced due to their racial identity. They justified their understanding of racial difference by pointing to victimization of Whites, reinforcing a fear of people of color based on stereotypes of criminality, and avoided teaching students of color from urban neighborhoods based on the presumption these students experienced deficiencies within the school and surrounding community. Picower concludes, “Teacher education must take seriously the negative impact that Whiteness can have on teachers’ understanding of children of color and urban schools.”