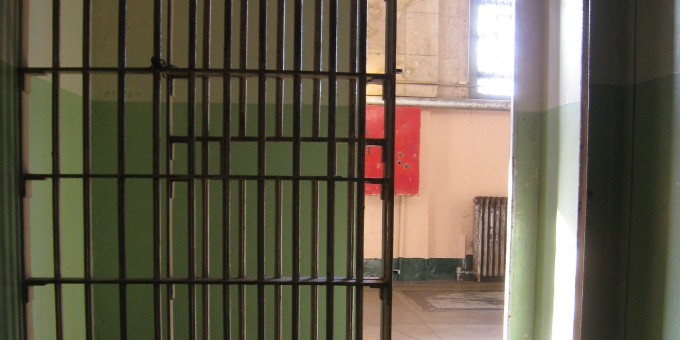 What 5 disciplines (not Sociology) say about ex-offender re-entry

In the October 2015 issue of The Atlantic, Ta-Nehisi Coates paints a vivid picture of the intersections between race, family, and mass incarceration in the United States. “The Black Family in the Age of Mass Incarceration” includes reference to many sociologists: Devah Pager, Bruce Western, Robert Sampson, and William Julius Wilson at Harvard; Carl Taylor at Michigan State University; and Christopher Muller at Columbia are among the academics Coates quotes in the piece.

If the mass incarceration tide turns, and the United States moves toward decarceration, ex-offender transitions will become an even bigger issue. With race, low income, and the mark of a criminal record on housing and employment post-release, you have a complex set of problems that cries out for sociological analysis.

To do that sociology right, you need to consider the relevant research on ex-offender re-entry that comes from disciplines other than sociology.  Here’s a look at what they’ve been up to for the last five years:

Closest to home, criminologists have a lot to offer on re-entry. Paul Hirschfield and Alex Piquero studied the social stigma ex-offenders encounter upon release. Using a telephone survey of more than 2,000 people across four states, they found that personal familiarity with ex-offenders may soften attitudes, but people with high confidence in the courts are more negative (as are, unsurprisingly, Whites, conservatives, and Southerners). Shelley Listwan and colleagues used “general strain theory” to ask the basic question: do prisons cause crime? Based on data from a sample of more than 1,500 recently released ex-offenders in Ohio, the authors conclude that some times of bad experience in prison do indeed increase the likelihood of recidivism.

Public health scholars have long worked on community re-entry. Traci Green and her co-authors use longitudinal data from over 1,200 drug-involved people on probation and parole to examine sexual risk behavior. The results conclude that male incarceration rates, resulting in low male-female sex ratios, may influence the number and risk characteristics of sexual partners of ex-offenders. The authors note implications for public policy regarding structural barriers ex-offenders face. Ingrid Bingswanger and colleagues conducted semi-structured interviews with ex-offenders within two months of their release to study drug use experiences and the perceptions of overdose risk among ex-offenders. The authors concluded that ex-offenders are often triggered to drug relapse after returning to their communities, which leads to risk of overdose. Structured treatment with gradual transition to the community, enhanced protective factors, and reductions of environmental triggers to use drugs are possible interventions that could help.

It’s difficult to talk about criminal justice and ex-offender re-entry without considering the legal system. Using qualitative methods, a team of seven authors explored the “health-seeking experiences, perceptions of risk, and medical and mental health needs” of ex-offenders following the first few months of their release in the Denver area. Results indicated ex-offenders faced many challenges, including “poor transitional preparation preceding release, and inadequate or absent continuity of mental and physical health care.” In this law review article, George Lipsitz examines how Black and Latina women are especially vulnerable for “surveillance, arrest, and incarceration” because of housing and employment discrimination. Addressing key re-entry concerns for women of color based on race and gender discrimination, Lipsitz concludes by proposing litigation, legislation, and social mobilization strategies to address the intersectional dynamics of mass incarceration and re-entry.

Last but certainly not least, social work is essential to consider as many of the services offered to ex-offenders upon release are disseminated via public and non-profit social service organizations. Published in Social Science Research, Amanda Geller and Marah Curits conducted a longitudinal survey of 3,000 urban men, about a third of whom had incarceration histories, to explore how incarceration affects housing security upon release. Their results indicate that recently incarcerated men face greater housing insecurity, and identify federal public housing policies and decreased annual earnings as factors contributing to this problem.

why the use of "ex-offender" throughout? This term maybe have been used in others' research but there's no reason you need to replicate it. It's well established that the stigma derived from this 'master status' impedes successful reentry.

As we are looking to get the screen recorder windows 10 online when you want to record the screen.