Antiracism is a Constant Struggle 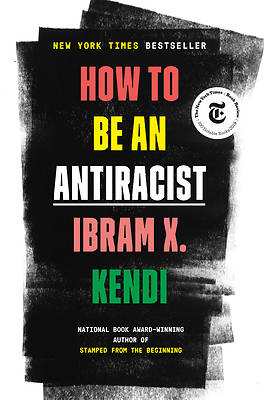 From the moment President Trump announced his campaign with the claim that Mexican migrants were rapists and drug-dealers, the country has engaged in a (rather exhausting) debate on what, exactly, constitutes racism. Tortured euphemisms—“racially charged,” “racially insensitive,” or the orthopedically incorrect “racist bone”— have replaced plain language as media outlets fear they will jeopardize their credibility or alienate Trump’s supporters. After all, the term “racist” is still a stigmatizing term reserved for Klan members, not the 53 percent of white women voters on team Trump — and definitely not the intrepid reporters masquerading as foreign correspondents who bring us dangerous knowledge from exotic rust-belt diners. Confusion surrounds what racism is. The scant attention paid to what racism does,is muddled thinking, and a political strategy that shuts down antiracist action.

According to Dr. Ibram Kendi in How to be an Antiracist, racism is not just pejorative; racism is descriptive. Kendi defines racism as the combination of ideas about supposed innate human differences (i.e., some groups are naturally better, some naturally worse) implemented through social policies. Once institutionalized through policy, racist ideas produce racial inequality (think: the racial wealth gap or differences in life expectancy). As a scientific description of social reality, the term racism need not be laden with moral opprobrium (although racist acts are, nonetheless, immoral). Becoming antiracist requires a clear-eyed understanding of racism and its history. By avoiding accurate terminology, media figures (or social scientists) who choose to avoid the descriptive reality of racism are making a moral–not merely editorial or scientific–choice.

Throughout the book, Kendi takes the framework he developed in his second book, Stamped from the Beginning: The Definitive History of Racist Ideas ( a National Book Award recipient and instant classic) — and applies it to his personal growth. The framework charts his intellectual transformation from holding internalized racist ideas (the book opens with a teenage Kendi preparing a speech castigating Black people) to becoming one of America’s leading antiracist intellectuals. In Stamped, Kendi frames the history of the United States as a struggle between two groups. The first group includes those who subscribe to ideas of racial inferiority, those who are openly racists as well as assimilationists. The second group is comprised of antiracists who believe in equality. Evincing a deep sociological imagination, How to be an Antiracist, charts Kendi’s personal troubles against the backdrop of America’s racist public issues, showing the reader his process of transformation from racist, through assimilationist, and ultimately to antiracism.

This is a provocative and intense book. The intensity is driven by the metaphor of racism as cancer in the American body politic. Kendi was undergoing treatment for colon cancer while writing the book, and the visceral feel of human fragility, the metaphorical frailty of the body politic, and the urgency of mortality shapes Kendi’s prose. Although the metaphor of cancer can feel heavy-handed, it is hard to argue that racism’s tendrils have hijacked the cells of America’s voting systems, schools, courts, hospitals, and neighborhoods. Metastasis is a better metaphor than others, such as “original sin,” which implies eventual redemption (while America has barely begun to repent). Metastasis carries the threat of the republic’s death, and remission carries with it the fear of reemergence. In Kendi’s metaphor, racism becomes a perpetually managed American constant.

It is impossible to understand American racism without a deep dive into history. Kendi recognizes that ahistorical public discussions of racism, focused on individual behavior absent context, are impoverished and misleading. America’s obsession with decontextualized racial individualism makes it difficult to understand how racism is perpetuated through organizational procedures or government policies.

Sociologists aren’t immune from this ahistorical vision of racism. For instance, scholars continue to frame discrimination as an individual flaw and deviation from the normal workings of American society. Kendi’s book focuses on America’s racial history in a way that can help sociologists see that simple interventions — anti-discrimination training or one-off-reprimands — may be counterproductive. Kendi’s work also challenges linear notions of racial progress by arguing that we should see U.S. history as comprised of “a duel of antiracist and racist progress,” (p. 201) as racial conflict is a constant war over social position.

There are areas of Kendi’s work that sociologists may find difficult or at odds with disciplinary convention. For example, when Kendi examines the academic language of racism, he often finds it wanting. He rejects the term “microaggression,” favoring “racist abuse” as a more accurate description of the impact of these slights on their targets.  “Structural,” “institutional,” and “systemic” racism are called redundant because all racism, in Kendi’s telling, is structural, institutional, and systemic.

While I agree with Kendi’s understanding of racism as a matter of policy, I fear the analytical cost of completely abandoning the distinction between structural and psychological accounts. Psychological accounts of racism remain the cultural common-sense. The distinction between structural and individual accounts can show how racism becomes woven into policy through collective action. For example, the racist ideas that Trump expressed when kicking off his campaign were offensive and distasteful. However, those ideas became dangerously consequential once they were put into practice through immigration restrictions, ICE raids, and child separations at the southern border. Kendi’s own distinction (which is central to his argument) shows the importance of understanding the differences between (racist) ideas and (racist) policies.

Sociologists may also take issue with Kendi’s contention that all racial inequalities are produced through racism. Leading sociologists still argue that some racial inequalities result from maladaptive cultural traits instead of discrimination. In this view, racial inequality stems, at least partially, from Black people’s lack of “soft skills,” “cultural capital,” or “mainstream values,” rather than historic and current white racial group power exercised through resource hoarding, exclusion, and violence. Kendi’s historicization is more in line with Daniel Hirschman and Laura Garbes’ recent observation that “one cannot even talk sensibly of ‘whites’ and ‘non-whites’ without talking about racism as these very categories are the consequences of historical and contemporary racism.” The social construction we call race was produced through racism, and invoking race necessarily engages this racist history.

In a set of passages that is likely to be among the most controversial in the book, Kendi engages in longstanding debates about who, exactly, can be racist. Kendi’s answer to this question is somewhat counterintuitive and depends upon his prior distinction between racist ideas and policies. Psychological accounts, because they see racism as a matter of prejudiced ideas, conflate out-group animus with racism. Conflating individual animus and racism obscures power hierarchies and creates a false equivocation between the historically oppressed and their oppressors. This is why scholars in the institutional racism tradition argue that racism should be thought of as “prejudice plus power.” Focusing on the narrow psychology of racist ideas, Kendi argues that it is obvious that Black people can be racist against whites. He uses the complex racial ideology of the Nation of Islam, which famously sees white people as “devils,” as an unambiguous example of anti-white racist ideas. However, Kendi also argues that racist ideas only have an impact when tied to policy. Thus, Black people have been unable to institutionalize anti-white ideas on a large scale.

Kendi’s discussion of complicity, what sociologists often call hegemony, is one of the more important and difficult parts of the book to grapple with. A vision of racism as a Manichean contest between a recognizable good and evil is easy to parse. Kendi asks us to examine the much more difficult prospect of acting ethically within a resilient racialized social system. Because whites control vastly more resources, nonwhites’ access to those resources is often contingent upon complicity. This complicity requires reconciling oneself to navigating policies that may be individually beneficial but ultimately harmful to the larger group. Racist systems are adept at incorporating dissent, and Kendi questions how participation in racist systems—segregated schooling, working for the government—contributes to racial harms despite good intentions.

How to be an Antiracist joins several recent academically-grounded books aimed at general audiences, including Crystal Fleming’s How to be Less Stupid about Race and Robin DiAngelo’s White Fragility: Why It’ So Hard for White People to Talk About Racism. These books aim to help make sense of how racist ideas influence, for instance, the emergence of border concentration camps, resurgent neo-Nazi rallies, rising hate crimes, an algorithmic infrastructure that seems designed to “red-pill” fascists, and a president whose first appearance in the New York Times was as a defendant in a massive fair-housing lawsuit. The stakes of these antiracist works could hardly be higher, and books like Kendi’s aim to help chart an antiracist future.

At its best, How to be an Antiracist is an examination of Kendi’s path of antiracist self-discovery. My biggest worry about the book is that the “how-to” genre, despite Kendi’s clear understanding of the need for social movement actions to undermine racism, individualizes what can only be challenged through collective struggle. Becoming an antiracist is ultimately a communal process. If the point is to change, not simply understand the intractability of American racism, personal intellectual growth needs to be connected to social movements committed to structural transformation.

Victor Ray is in both the department of Sociology and Criminology, and the department of African American Studies at the University of Iowa. His work applies Critical Race Theory to classic sociological questions.

We are a bunch of volunteers and opening a new scheme in our community.

Your web site offered us with helpful info to work on. You
have performed a formidable task and our entire
community can be thankful to you.

Frankly speaking, it seems to me that the latest events have gone far. I have nothing against actions for defending my rights, but you can do it in a more civilized way, and not destroy everything in your path. Remember how Nelson Mandela fought for the rights, if you forgot you can check out here https://studydriver.com/nelson-mandela-essay/ . I can give a more recent example, look at what is happening in Belarus, there are huge rallies, but there are photos on the network where the protesters take off their shoes when they stand on benches. In any situation, we must remain human.