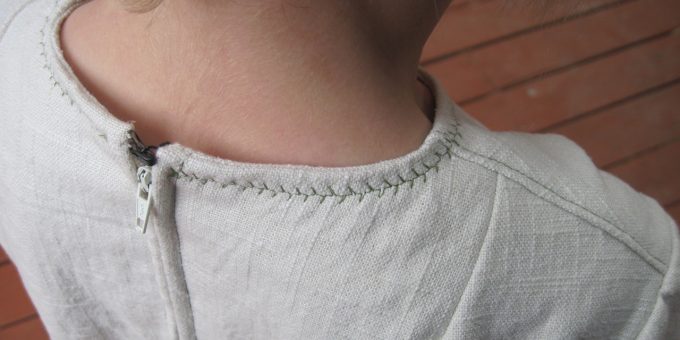 As a trans woman, I’ve had my experiences framed by the world around me as “becoming” a woman. That is, the narrative is that I was born a boy and then became a woman. I disagree.

I have always been a woman, but my womanhood was ignored and even denied by my life circumstances. I did not experience the socialization of a boy or a man, as some have argued, but that of a woman whose gender was secret. I call this “closeted womanhood,” a distinct experience that’s not manhood nor is it cisgendered womanhood (“cis” is the shorthand for people whose gender identity matches their birth sex). While my experiences may have been based on others’ assumptions of masculinity, how I internalized and interpreted these experiences was through the perspective of a woman in the closet. This dissonance between how people saw me and treated me and how I saw myself and felt as a person provides a useful look into the impact of masculine expectations and norms on someone who was never a man to begin with.

Growing up, my first experiences with gender were fairly “gender-neutral.” Early on, my parents didn’t really attempt to teach gender in any hands-on way, and so I ended up learning gender more through my siblings. I have one brother and one sister, both older, and I would latch onto whatever playtime activities they took up. This meant that I would just as easily find myself playing with G.I. Joes as with Barbie dolls, watching TV shows “for boys” and TV shows “for girls.” I was too young to think of these things as gendered; if it meant spending time with my siblings, I’d happily go along.

My family life was not completely immune from gendered socialization, of course. There were many instances where my family, assuming me to be a boy, would treat me in specifically gendered ways, whether that meant differentiating me from my sister based on sex, or differentiating me from my brother based on behaviors (particularly my tendency toward showing my emotions). And though I was too young to have any notion of what, if anything, differentiated a boy from a girl, I wasn’t allowed to share a bedroom with my sister. This separation was both a literal and social wall that, for a number of years, locked me away from who I wanted to be. The segregation of our living spaces taught me that something made me fundamentally different from my sister and more like my brother. At the time, the main difference I could distinguish was my sister’s interest in more feminine activities and clothing, and that led to me internalizing the message that feminine interests and activities were not okay for me. Presumably, one might expect I’d tend toward a heightened masculinity, but instead I identified with femininity (and with womanhood) from a distance. As my upbringing continued to surround me with mostly men and boys, and, over time, less frequently with my sister and her friends, that distance became alienating. I was uncomfortable with myself both as I was (a girl) and as I was expected to be (a boy and eventually a man).

I wasn’t a boy, but I couldn’t be a girl, and so instead, for a while, I was a nothing.

As a nothing, my gendered experiences shifted from siblings to parents. From about age 7 to 13, my father would belittle me, mock me, ignore me, or yell at me if I showed “too much” emotion. I was a sensitive kid, and I assume the expectation was that if I could only learn that showing emotion was bad, I could stop being so sensitive. But instead of teaching me to not show emotion, it made my emotions even harder to control: I would first become sad or angry, then fearful and avoidant, then often immensely guilty about my suppressed anger and sadness. My dad also expected me to be physically strong and sometimes take on more masculine tasks, such as helping to move furniture, even when I was very young. Being unable to control my emotions or exert the expected physical strength made me feel inadequate. Being unable to relate to masculinity, I never was able to connect these feelings to a desire to be a man, and instead I feared disapproval. I learned a constant sense of anxiety: What was the next moment in which I’d be expected to “be a man”? Would I ever be capable? No.

By the time high school began, that wall of separation was causing a lot of heartache—an aching that I only later discovered was called dysphoria. By this point, some deeply buried part of me knew that I was a girl, but because I had no experience with trans people, I wasn’t able to really discover my gender. Middle school and high school is when masculine expectations really start to become a pervasive part of boys’ lives. In my case, those came in the form of bullying. Other boys taught me, mostly by hurling them at me, the words gay, faggot, and pussy.

Over time I learned that the meaning of words like this were far more exacting than just a slur. In Dude, You’re a Fag, sociologist C.J. Pascoe discusses how boys would use words like “fag” as an accusation of improper masculinity. Fag was a “threatening specter” and boys didn’t want to be one. Pascoe discusses the implications of such interactions by recognizing the implicit gendered and sexual meanings: “fag” is meant to say that a boy is effeminate—or, at least, not masculine enough. As someone who had no desire to be “properly masculine,” a closeted trans woman, the words had an extra layer of bite: being told that I was, in a sense, “failing as a man” also assumed that I was male in the first place. As boys ostracized me, pushing me out of the box of masculinity, they ironically kept me locked away.

There were other, both more overt and more subtle exertions of masculinity in my school years. I recall being punched and kicked, being literally pushed over. Often, these incidents came for no reason other than emasculation, things like “sack tapping” (back-handing the genitals) and “sucker punching” (usually in the gut). I didn’t have a wider cultural context in mind, so I didn’t think much of it beyond “boys are mean.” But from the homophobic name-calling to the random acts of physical aggression, threats, and mockery for my long hair (“only girls have long hair”), boys at school were policing my masculinity. I didn’t experience them as a challenge to overcome or to stand up to. I experienced them as defeat. I felt almost resigned to mistreatment, and I grew very depressed and alienated by everyone and everything. I couldn’t be friends with girls because I wasn’t supposed to be a girl, but I had a hard time being able to relate to boys because I knew I wasn’t a boy.

After high school, I crumbled under the weight of my own depression and anxiety. It was too much to handle, having my identity ignored and my experiences shaped by expectations I could never meet. And then I found that I was not a nothing. There was a name for what I was going through: I was a trans woman who had spent her whole life in the closet. One day, somehow, I found the strength to come out.

Ellie Malmrose is a student in sociology at South Puget Sound Community College. She is particularly interested in LGBTQ issues, mental health awareness, and media analysis.

Ellie Malmrose is a student in sociology at South Puget Sound Community College. She is particularly interested in LGBTQ issues, mental health awareness, and media analysis.