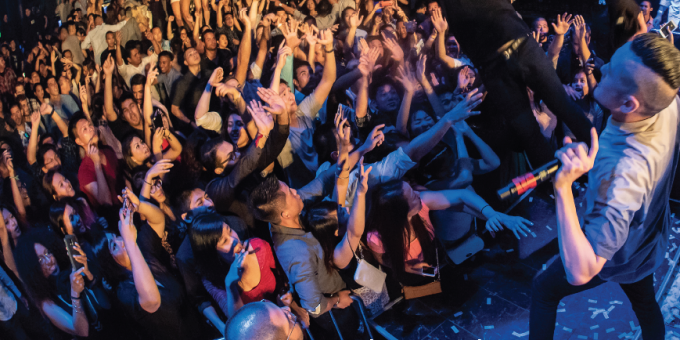 One Thing I Know

There is much more to Asian America/ns than the model minority myth and forever foreigner stereotype. That’s what I wanted to show as the guest editor of this special issue of Contexts. Because what a decade and a half of being in this discipline has taught me is that Asian Americans are not considered a serious topic of sociological inquiry.

The truth is, I sometimes find it difficult to encourage Asian Americans to persevere as I’m not wholly convinced the discipline values this work.There is so much the field of sociology could gain by supporting work on Asian America/ns—so long as folks in the discipline are willing to learn. This issue is a good start.

My own research focuses on Filipinos, who are the second-largest Asian American group, yet are marginalized even within Asian America. Filipino lives have always been part of American nation-building. So have Filipino deaths. A million Filipinos died as a result of the Philippine-American War. A quarter million Filipinos fought in World War II (and were subsequently denied their veteran benefits). American health care would be in crisis without the thousands of new Filipino immigrant nurses staffing U.S. hospitals each year. And yet, sociology barely knows we exist. I’ve never had a single sociology class whose syllabus included more than a cursory mention of Filipinos. The last time Filipino Americans were a primary focus of an AJS or ASR article was in 1952 (a piece by John Burma).

Nevertheless, Filipino sociologists have persisted, and our work highlights what new knowledge can be uncovered when sociological imaginations anchor on forgotten populations. Katrina Quisumbing King, Rick Baldoz, and Brenda Gambol teach us how empire and colonial politics shape the political, racial, legal, and occupational incorporation of Filipino immigrants. Victoria Reyes illuminates neocolonial “global borderlands” as sites of ideological racial and gender projects reinforcing the subordination of formerly colonized subjects. Daniel Eisen shows how the ethos of colonialism emerges in the identity struggles of the Filipinos in Hawaii, a context where they occupy the bottom rung of the local racial hierarchy.

Other scholars like Rhacel Parrenas, Robyn Rodriguez, Anna Guevarra, and Valerie Francisco-Menchavez have all explored the uneven incorporation of immigrants, particularly immigrant women, into global economies, and how the transnational families that emerge have evolved in response to these trends. Emmanuel David’s labor incorporation work draws on the experiences of queer and transgender call center workers, which helps to “queer” migration studies, an idea advanced by Filipino anthropologist Martin Manalansan. Armand Gutierrez has shown that transnational activities, namely remittances, persist even among U.S.-born Filipino children of immigrants, and how the mechanisms differ between the immigrant and second generation.

Jennifer Nazareno and Roy Taggueg link Filipino migration to the study of health inequality. Nazareno shows how immigrant nurses draw on their career capital to launch businesses addressing health inequalities, and Taggueg focuses on how citizenship is a key determinant of Filipino immigrant access to health care.

Comparative and historical works highlight the heterogeneity of Filipino experiences across time and geographical contexts. We see this in comparative projects by Julian Go (colonial regimes in the Philippines vs. Puerto Rico), April Manalang (Catholics vs. Protestants), Sharon Quinsaat (Filipino social movements in the United States vs. the Netherlands), and Celso Villegas (middle-class ideologies in the Philippines, Venezuela, and Ecuador). Marco Garrido’s ethnographic research invites a reconception of urban and political sociology with respect to the Global South.

Many days, I feel like the discipline doesn’t give a shit about Asian Americans, but curating this special issue has given me hope. Reading the submissions for this issue reminded me of the theoretical and methodological innovations that emerge when Asian Americans are centered. It was also something to interview Viet Thanh Nguyen, a Pulitzer Prize and MacArthur Fellowship winning Asian Americanist, and hear him talk about the department chair in his graduate program who told him he’d never find a job if he studied Vietnam or Vietnamese Americans.

I ended up choosing seven features because five didn’t seem like enough. I’m proud, too, that all but one were penned by women—mostly women of color. There is so much the field of sociology could gain by supporting work on Asian America/ns—so long as folks in the discipline are willing to learn. This issue is a good start.