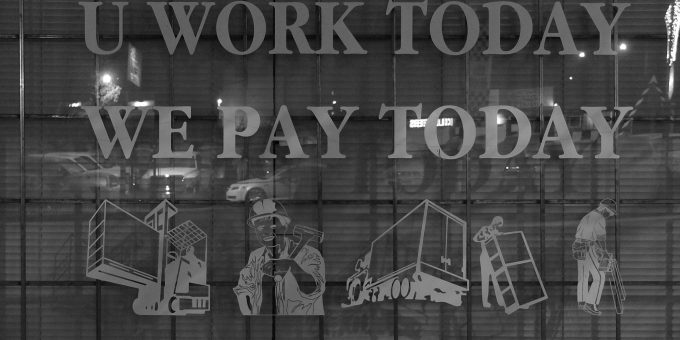 Foraging on the Margins of the Labor Market

Finding a job is hard no matter who you are. But some people face more barriers to obtaining employment than others, including racial minorities and those with criminal records who have to “check the box.” In American Journal of Sociology, Naomi F. Sugie shows how the latter group of men navigate reentry into labor markets after incarceration.

As part of the Newark SmartPhone Reentry Project, Sugie collected smartphone data from 133 men recently released from prison in Newark, NJ. The men were asked to participate for a period of three months, after which they could keep the provided smartphone. Sugie learned that the majority of respondents engaged in “foraging behavior”—taking on short-term jobs in a variety of industries as a way to make ends meet.

Initially, most participants spent about half of their time searching for long-term work, but almost half stopped searching after the first month. But their decreases in job search days were not linked to an increase in working days. Rarely did the men spend more than two days in the same job or even work the same job week to week during the three-month study period. Even those who found relatively consistent work still had less stability than people working Monday to Friday jobs. And among the typically older respondents who continued searching after the first month, foraging was necessary to meet day-to-day financial needs.

Workers who forage often lack the social integration and job protection associated with long-term employment. While this study looked at one group on the margins of the labor market, Sugie believes foraging may be prevalent among other groups that struggle to obtain traditional entry into America’s workforce.