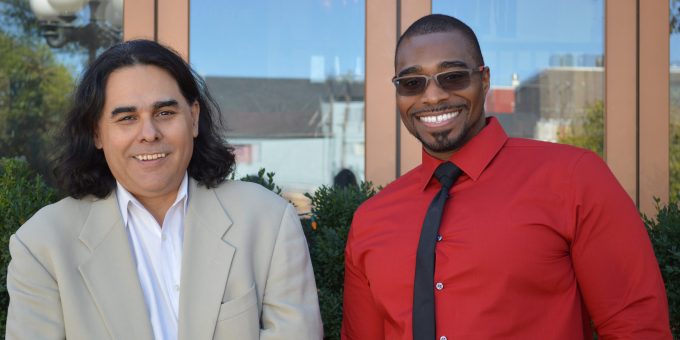 Letter from the Editors, Fall 2019

When Star Trek debuted in 1966, the 23rd century space explorers used all kinds of magical gadgets. One of these magical inventions was called a “communicator”—a hand sized machine that allowed you to call the Enterprise, which hovered in orbit above the planet in question. The communicator was depicted as something that would be invented hundreds of years after the television showed aired. Instead, we got Star Trek style communicators in 1996 when Motorola invented the “flip phone.” It wasn’t even twenty years later.

Of course, Motorola’s StarTAC phone didn’t have many features. Fast forward another twenty years, bringing us to the present day; our handheld devices now put Star Trek’s communicators to shame. A modern “phone” is a miniaturized computer that can do thousands of things, like wake you up in the morning, provide real time navigation through maps—and play movies, such as Star Trek.

Cell phones are only one example of the digitalization of social life. These days, computers are cheap, small, and easy to program; they permeate our lives and transform our relationships. Consider dating. Decades ago, single people faced serious obstacles. Who’s available for a romantic relationship in town? How would you meet them? How would you know if you were compatible? Now, we have websites like eHarmony and apps like Tinder. In addition, some digital innovations have created new forms of interaction, like social media.

This issue of Contexts explores the brave new world of our digital society. For example, in the policy brief, Ora Tanner and Karissa McKelvey suggest that the government create an office that provides elected leaders with advice on how to ethically use databases, such as those that have been created in an attempt to prevent school shootings.

James Evans and Jacob Foster are two of the leading scholars in an emerging area of the field known as “computational sociology,” where researchers use tools from computer science to collect and analyze the vast amounts of data that we create using our many gadgets. Their article is an examination of the future of sociology, and is a must read for any student or scholar who wants to get a sense of what this exciting new branch of the field is all about. We also feature articles on the hashtag syllabus movement and how apps like Tinder are changing the landscape of dating patterns on college campuses. Additionally, we interview Cenk Uygur, founder and host of The Young Turks (TYT), the largest online news and talk network for the connected generation. Cenk shares insights on why sociology is useful for the media, as well as the power of digital media as we progress into the 21st century.

As loyal readers have come to expect, this issue is filled with excellence. Not only do we have articles that delve further into our digital society, but we’ve also included articles that explore the complexity of modern social life. For example, we have a vivid photo essay on the police force in Mexico City, how they interact with Mexican citizens, and how these citizens experience daily life interacting with the police. In our One Thing that I Know section, Steve McKay, Miriam Greenberg, and Rebecca London discuss why students are vital in the pursuit of public sociology.

This fall, we have three strong book reviews of Barry Glassner’s The Culture of Fear: Why Americans are Afraid of the Wrong Things, Karida L. Brown’s Gone Home: Race and Roots Through Appalachia, and Stephen Small’s 20 Questions and Answers on Black Europe. We’ve featured two interesting culture articles, the first around romance in popular video games, and the other, an exploration of how Snapchat and Instagram filters play into Eurocentric definitions of beauty. We also feature an article that speaks to the trend of children using technology in a piece that every parent should read about mindful screen time.

Finally, we would like to thank our previous Managing Editor, Letta Page, for her many years of excellence here at Contexts. Letta left the team in July to move into the next phase of her professional journey. One of our culture editors, Kristen Barber, has also moved on and is now co-editor the academic journal Men and Masculinities. While we are sad to see Letta and Kristen go, we are excited about their new beginnings. We welcome our new editorial staff—Paige Miller, our manuscript manager, and Laura Wise, our production manager. We also would like to welcome Sabrina Strings, a sociologist at the University of California – Irvine, who will be co-editing our Culture section with her colleague Catherine Bolzendahl, and also Todd Beer, who will co-edit the Trends section with Michael Bader. Carson Byrd still edits our Books section.

We’ll wrap this up with a little public relations push; we learned that if you add up all of our clicks and downloads from 2018, it comes to about 993,000—so close to 1 million. We’re asking you, the Contexts community, to spread the word.