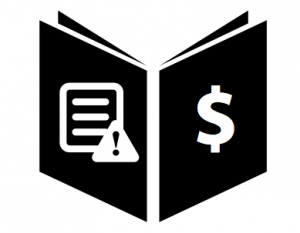 Many college professors now regularly receive emails soliciting submissions to new journals, with names such as The Journal of Civil and Legal Sciences or the American Journal of Industrial and Business Management. Some of these new journals are actually “predatory” in nature: their central purpose is to generate revenue rather than disseminate knowledge, according to a March 2012 article by Michael Stratford in The Chronicle of Higher Education.

The Chronicle tells the story of a graduate student at Louisiana State University who submitted an article to the innocuous-sounding Journal of Mass Communication and Journalism and who, weeks later, received an invoice for $1800, billing him for publishing the accepted manuscript. The journal is part of a group of 200 journals published by the OMICS Publishing Group that, in addition to charging for publication, has been accused of unethical practices such as listing editorial board members without their consent, and refusing to remove editors who resign from the board.

Librarian Jeffrey Beall, who works at the University of Colorado at Denver, keeps track of these and other “predatory” journals on his Scholarly Open Access site. The OMICS Publishing Group made it onto Beall’s list, as did Bentham Open, which gained notoriety in 2009 by accepting a computer-generated non-sensical article submitted by a Cornell graduate student in communication sciences. While most of the predatory publishing outlets on Beall’s list are based outside of North America, some thrive in the United States. One lucrative example is the Clute Institute, founded by an accounting professor in Colorado in 1985, which now includes 15 journals, encompassing business, health, and education fields. Clute charges authors $60 to submit a paper for a standard six-week review and $150 for an expedited two-week review. Upon acceptance, the charge for publishing (online) ranges from $250 for a 1 to 5-page paper, to $850 for a 16 to 20-page paper. In 2011, Clute published over 700 articles.

The too-familiar pressures of employment, tenure, university ranking, and accreditation combine to tempt many academics to pursue publication in these outlets. The journals promote a rapid turnaround time: a recent email from the International Research Journal of Applied Finance promised a one-week review for case studies, which it promised to publish “immediately” if accepted for publication—for a mere $200.

As the trend toward quantifying “success” through ranking and accreditation gains steam, deans and department chairs are at times even willing to pay the fees associated with these exploitative publications — a development that is particular worrying for cash-strapped state universities.