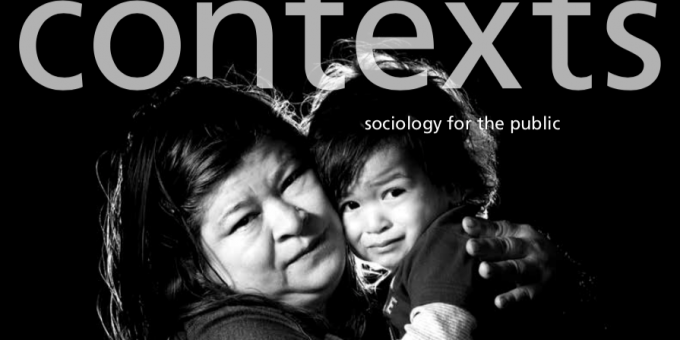 The future will need people who understand that migration is normal, not criminal. To get there, we will need vision and heart, but also knowledge. In this issue, some of the nation’s leading scholars explain how dysfunctional and cruel our current migration system is and propose ways to get to a much better place. Click here to read all content currently available on contexts.org, or here to read the issue in full, for free, from June 4-July4, 2019.

letter from the editors, rashawn ray and fabio rojas

the economics of migration, jonathan portes. economists broadly agree: the political backlash against immigration in many countries is not economically ration. the evidence strongly supports immigration as, overall, a clear benefit to destination countries.

what happens when the u.s. stops taking in refugees? molly fee and rawan arar. most of the world’s 25.4 million refugees have been displaced for five or more years. a sharp curtailment in refugee arrivals to the u.s., then, isn’t just a national decision, but a global disruption.

life after deportation, tanya golash-boza and yajaira ceciliano-navarro. deportees’ reintegration is shaped by the contexts of reception in their countries of origin and the strength of their ties to the u.s. for some, the deprivation and isolation of deportation is akin to a death sentence.

examining americans’ stereotypes about illegality, rene d. flores and ariela schachter. people rely on powerful stereotypes to classify others as “illegal,” demonstrating that, like race and gender, documentation status may be as much a social construction as a legal one.

raising global children across the pacific, pei-chia lan. different opportunity structures and different perceptions of risk within the global economy shape the ways parents of similar class and ethnic backgrounds strive to prepare their children for the future.

when a school isn’t just a school, nadirah farah foley on ghosts in the schoolyard.

one thing i know

helping migrants takes imagination, johann daniel harnoss on one group’s strategy to facilitate global migration, on person at a time.