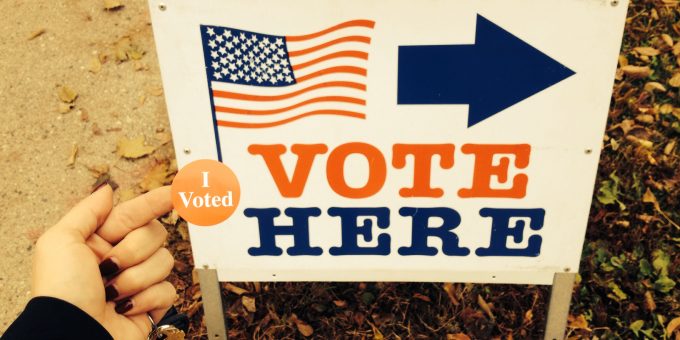 One Thing I Know

The Sociological Imagination Is Well Suited to Political Office

The weekend I graduated from the 2018 Emerge program—a six-month boot-camp for women wanting to run for office—a very different graduation picture showed up in my Facebook feed: my advisors hooding me as I received my PhD from the University of California–Berkeley. The contrast symbolized my unexpected journey from studying society to changing it. The PhD program had taught me to use my sociological imagination to question society and gave me the skills to answer those questions. The Emerge program sparked my political imagination and gave me the skills to run a successful political campaign and act effectively in my chosen office.

Unlike the rest of my graduate school cohort, I had begun the program with half-grown children and deep ties to community. They crossed the stage with small children in tow; I was hooded to the cheers of my children and grandchildren. While my colleagues took jobs across the country, my post-PhD future was uncertain.

Then the 2016 election upended the America I thought I knew. My priorities shifted, as I saw my colleagues heroically squeezing their political action in between classes, research, and families. Without those obligations, I felt a responsibility to act in their stead. Still, there is a great distance between protesting government and running for office. To make that leap, I first had to understand my scope of influence, imagine myself as a candidate, and master the tools of a campaign.

Initially, I put my efforts toward effecting national change. The 2017 Women’s March protested a national election, and the postcards I sent addressed national issues. Yet the national climate also changed local behavior. I first saw this in December 2016 when local vandals targeted a menorah. Then the number of racist, anti-Semitic, and anti-immigration incidents in public schools ballooned. When the school board refused to acknowledge the problem, it seemed that the national had become extremely local.

In that moment, I looked in the metaphorical mirror and saw a woman armed with knowledge of societal problems and social institutions, a woman with a passionate voice and leadership experience, and a woman whose grandchildren needed a better world in which to live. I saw a candidate for school board.

The path from running to winning is remarkably complicated. The past couple decades have seen the rise of organizations like Emily’s List, She Should Run, The Arena, and Emerge, all focused on changing the face—or, at least, the gender composition, of American politics. I applied to Emerge, whose stated goal is to “increase the number of Democratic women leaders from diverse backgrounds in public office.” I was accepted into the first Central Valley cohort, a group of 18 women selected from California’s Central Valley and Bay Area, each with different political aspirations. We varied in age, race, family and gender status, and socioeconomic status.

Over six months, we received a crash course in how to run for—and win—elected offices. We learned the theory and practice of fundraising and recruiting volunteers, how to make a convincing case for our candidacies, and how to answer tough questions. We learned that campaign finance is terrifying: don’t even try to master it, just hire a treasurer. And we learned to rely on each other for support through the program and beyond.

I began the Emerge program intending to run for school board, but by the time it ended, I understood that even if I won a seat, I could not act without allies—and there were none on the board. Meanwhile, I had become active in city issues: regional transportation, affordable housing, and encouraging civic engagement. This fall, a seat will be open, and I’m running.

My campaign will benefit from both graduations: Emerge gave me practical tools and a supportive community. Sociological theory provided the societal context: theories that frame social patterns, methodology that enables me to ask good questions and analyze the answers, and knowledge of social issues that helps me understand my city’s particular problems.

Patricia Munro is an independent scholar and activist trained at the University of California–Berkeley. The author of Coming of Age in Jewish America, she will be on the fall 2018 ballot.

And, as all aspiring politicians must, here's the link to my campaign website: https://contexts.org/articles/the-sociological-imagination-is-well-suited-to-political-office/ and Facebook page: https://www.facebook.com/Trish4Livermore

Command Prompt is connected to Windows 10, then this visit, and I hope you like this command prompt info, then click on this portal command prompt windows, we have learned how to command your desktop. So you can follow the steps in the steps

Patricia Munro is an independent scholar and activist trained at the University of California–Berkeley. The author of Coming of Age in Jewish America, she will be on the fall 2018 ballot.