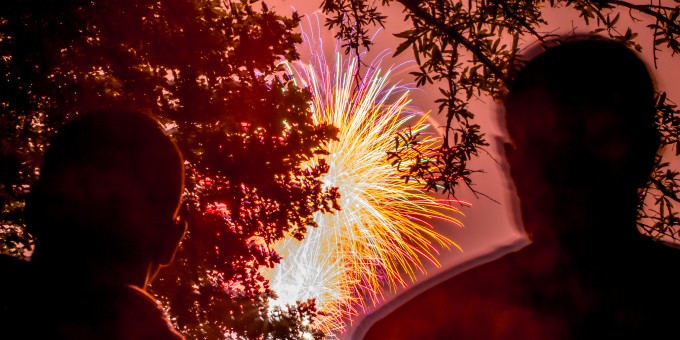 We haven’t always concentrated on what was wrong. Between 1910 and 1915, articles in the American Journal of Sociology were more than three times as likely to use the word equality (44 articles) than inequality (13); a century later, inequality led equality 50 to 30 in AJS articles (2010-2015). This glass-half-empty mindset obscures a lot of good news.

It is worth appreciating how much major social indicators in American society changed over the past 100 years. In 1915, life expectancies at birth were more than 20 years lower (53 for males, 57 for females—in 2015, the comparable figures were 76 and 82). A century ago, roughly 13% of young people completed high school; less than 3% earned bachelor’s degrees. Women could not vote in many states, Jim Crow blocked the great majority of African Americans from voting in the former Confederate states, and of course 18-20-year-olds could not vote either. In 1915, only about 20% of Americans were homeowners, less than a third of homes had electric power, and even fewer had telephones.

To be sure, these changes did not affect everyone equally. Today, White males can expect to live, on average, about five years longer than Black males; White females live about three years longer than Black females. While the-glass-half-empty interpretation emphasizes that Whites continue to have higher life expectancies, a glass-half-full interpretation might note that all groups are living much longer and that the gap between the races has shrunk by about two-thirds.

Americans’ rhetoric emphasizes universalism and sets perfection as a standard. Presidents declare “wars” on drugs, cancer, and other social problems. Our schools enforce “zero tolerance policies,” and in the current presidential campaign, Hillary Clinton has called for “human rights across the board for every single American.” Before dropping out of the race, Jeb Bush said idealistically, “I’m fighting to ensure every American has the opportunity to rise.”

The problem with perfection as a standard is that it can never be met. These promises will not be fulfilled: some children will still be left behind, and some Americans will be blocked from opportunities to rise. These shortcomings invite the half-empty mindset, which isn’t wrong. Neither, however, does it tell the whole story.

Social change doesn’t happen all at once, and it doesn’t happen uniformly across society. Consider that, in 1966, there were 50,894 traffic fatalities. In 2013 (the most recent year for which we have final data), there were 32,719 deaths. During the last fifty years, the U.S. population grew 64% and the number of licensed drivers tripled, yet the annual highway death toll fell. Traffic safety experts measure traffic fatalities in deaths per 100 million miles driven; that fatality rate has fallen 80%, from 5.5 to 1.1 deaths per 100 million miles driven. This isn’t the result of a “war on motor vehicle accidents.” Instead, new policies made cars safer (airbags, etc.), roads safer (more divided highways, etc.), and drivers safer (graduated licenses for young, first-time drivers, cracking down on drunk driving, etc.). Together, they led to a dramatic reduction in traffic fatalities. At the same time, sociologists ought to expect that the benefits of the policies were unevenly distributed; after all, those who can afford newer, safer cars are likely to have lower fatality rates than those driving older, less well-equipped models. But, again, a glass-half-empty focus on remaining inequalities obscures what is surely the larger glass-half-full point: today’s traffic fatality rate is a fifth of what it was in 1966.Good news is never going to be perfect news. Social changes tend to be incremental, not revolutionary. And the benefits are almost always uneven.

Social problems do not have single causes, so they are unlikely to have simple solutions. In recent decades, the federal government has used the National Assessment of Educational Progress (NAEP) to measure reading and math skills in fourth-, eighth-, and twelfth-graders. White students average higher scores than Black or Latino students; however, those gaps have been getting narrower. Yet, when the press covers the release of the newest NAEP results, it is shocked—shocked!—to discover that such gaps remain. The good news—that the gaps are growing smaller—gets lost.

Good news is never going to be perfect news. Social changes tend to be incremental, not revolutionary. And the benefits are almost always uneven. Everyone does not gain a telephone or indoor plumbing, higher odds of high school graduation or longer life expectancies at the same moment. Of course we must investigate and try to overcome the inequalities in who benefits, but we should not forget to appreciate the glass-half-full evidence of real social change.

Joel Best is in the department of sociology and criminal justice at the University of Delaware. He is the author, most recently, of Kids Gone Wild, with Kathleen A. Bogle.

Joel Best is in the department of sociology and criminal justice at the University of Delaware. He is the author, most recently, of Kids Gone Wild, with Kathleen A. Bogle.