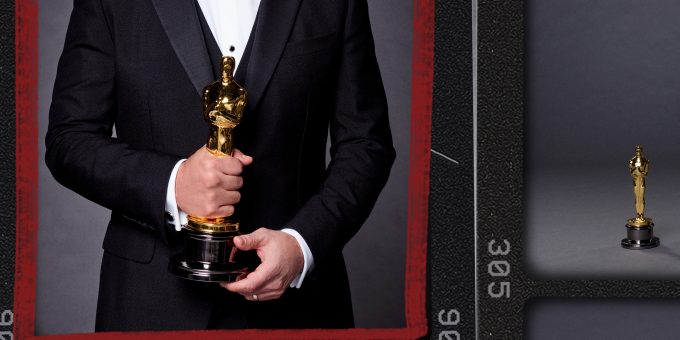 Can Hollywood Separate Gold from White?

Confederate statues and their demise have been top-of-mind lately. But every spring, a different statue captures our attention—it’s 13.5” tall, weighs 8.5 pounds, and is a shiny, gold, art deco depiction of a knight holding a sword. His name is “Oscar.”

The past several years’ Oscars (known officially as the “Academy Awards”) have raised public criticism over the White hands that nearly always grasp the gold. Trending in 2016 and 2017 respectively, #OscarsSoWhite and #OscarsStillSoWhite drew social media attention to the over-representation of White actors, directors, and writers among the winners.

I have written on the “Whiteness of Oscar night” before, as well as Hollywood’s tendency to produce, defend, and award films that rely on racialized myths and narratives. There are the supernatural and folksy “Magical Negro” characters who uplift disheveled White characters, like Morgan Freeman in Bruce Almighty (2003), Anthony Mackie in The Adjustment Bureau (2011), and the janitor and copier-repair skit on Key & Peele. And movies that feature a White person saving a person or people of color from themselves (called “White Savior Films”) are also popular, such as The Blind Side (2009), The Help (2011), The Legend of Tarzan (2016), and The Great Wall (2017).Over the past 90 years, 16 “Big Four” nominees have been Asian, 19 have been Latinx, and 74 have been Black. That’s a nomination percentage for people of color of 6.38%, with a win percentage of only 1.46%. Yes, 1.46%.

Now on the heels of a climatic “Best Picture” Oscar for Moonlight (2016)—the first Oscar victory for an all-Black cast—coupled with Mahershala Ali’s “Actor in a Supporting Role” Oscar (for Moonlight) and Viola Davis’s “Actress in a Supporting Role” Oscar (for Fences)—some are wondering whether the 2018 Oscars will become (as others have characterized the 2016 presidential election) a “Whitelash.”

White supremacy is a historic fixture of Hollywood. In 2018, for the sixth consecutive year, there are no Latinx people nominated for an acting Oscar. Latinx folk have received just 0.94% and Asian actors only 1.11% of all Oscar acting nominations since 1929. Moreover, the type of films nominated for best picture, best screenplay, and best director often center on White men and women, with people of color as sidekicks, foils, and/or trite plot devices.

The 2018 Oscars hold some potential for celebration. Get Out (a satire on White liberal racism) is nominated for “Best Picture,” and Call Me By Your Name (a gay coming-of-age love story) is up for three Oscars. Directing nominations include Guillermo del Toro (for The Shape of Water) as well as the fifth woman ever nominated (Greta Gerwig for Lady Bird) and the fifth Black male nominee for directing (Jordan Peele for Get Out). Daniel Kaluuya (Get Out) and Denzel Washington (Roman J. Israel, Esq.) are nominated for “Actor in a Leading Role,” and Mary J. Blige (Mudbound) and Octavia Spencer (The Shape of Water) for “Actress in a Leading Role.”

Together, these nominations may reflect the “Oscars A2020 initiative” undertaken to improve diversity in the Academy by 2020. In 2013, Cheryl Boone Isaacs was named the Academy’s first Black president. Speaking on A2020, Isaacs stated, “These new measures regarding governance and voting will have an immediate impact and begin the process of significantly changing our membership composition.” Revealed to be only 25% women and 6% people of color in 2012, new members of the Academy now make the group 39% women and 30% people of color—and that’s important, because the Academy’s members are also the Oscars’ voting pool.

Of course, historic White male dominance isn’t just about awards or membership. Studies have shown that watching their own racial group on the screen drives higher self-esteem among children than seen in kids who watch mainly racial out-groups. This finding brings weight to the words of social scientists George Gerbner and Larry Gross: “Representation in the fictional world signifies social existence; absence means symbolic annihilation.”

So, will this more diverse Academy earn the 2018 Oscars the hashtag #OscarsSoWoke?

Even with some of Hollywood’s activism in the context of the fall of Harvey Weinstein and the rise of #MeToo and #TimesUp campaigns, the continued dominance of White male nominees and winners of the Oscars (even if del Toro, Peele, Kaluuya, Washington, Blige, and/or Spencer win) shows that it will take many more years for Hollywood to change its true colors. In the meantime, some of us will continue to be Black and blue.

Matthew W. Hughey is in the Department of Sociology at the University of Connecticut (Storrs, USA) and Critical Studies in Higher Education Transformation at Nelson Mandela University (Port Elizabeth, South Africa). He is the author of White Bound: Nationalists, Antiracists, and the Shared Meanings of Race (Stanford University Press, 2012). He is on twitter at @ProfHughey.

And yet, the movie Black Panther with majority black cast seems poised to be a huge hit this weekend judging from critic review and percentage of audience wishing to see it. And, this Nielsen article from last year claims that black content is gaining mainstream appeal (http://www.nielsen.com/us/en/insights/news/2017/for-us-by-us-the-mainstream-appeal-of-black-content.html).

Indeed, there is the beginnings of a trend of black content (although the make-up of that content is often quite problematic in that the roles are often based on racial stereotypes that are demeaning and one-dimensional). And while Black Panther is already doing well financially, it seems quite an outlier over the scope of history. We shall see what the future holds.

After the March 2018 Oscars, the big four winners were all-white (Gary Oldman, Sam Rockwell, Francis McDormand, and Allison Janney) despite two nominees of color for Best Actor (Daniel Kaluuya for "Get Out" and Denzel Washington for "Roman J. Israel, Esq.") and two Best Supporting Actress (Octavia Spencer for "The Shape of Water" and Mary J. Blige for "Mudbound").

Actually, Hollywood stars aren’t all that powerful anymore. They’re probably less powerful in the business today than at any time since the studio system collapsed, maybe even less than then, because very few actors these days have any demonstrable drawing power apart from character-specific roles. English coursework help

I am so happy to use this site because controlpanelwindows10 here so more things available for as.

When you give award to someone so it enhance the confidence of their. By using this tactics you can enhance the moral of your employees. how to claim accident in UK

But yeah, in the short term, try to rent something that fits well enough, or, failing that, just wear the charcoal suit.
www.24HWriteMyEssay.Com

Hello! If you happen to look for a writing help then it's better to apply to the essay writing service for help. There you can find a wast of information that helps people from all over the world.

They all are my favourite actor and actress I wish they get more oscar next years.
mobile app development agency Pennsylvania

To giving awards or any appreciation letter to participant is one of the best part to boost the confidence for their participants. Best Web Development Service in karachi

Maybe it's not possible Hollywood never separates gold from white because I read recent article which written by Professional Wikipedia Editors many people against it.

They have wonderful idea when they share this type of beautiful trophy to the person who deserve my firm of
Quartz Stone also appreciate their work.

The gender distribution on the website is more or less equal between men and women. This is because the rules are also the same for both sexes. You don’t have to pay for all the communication tools only because you are male, while all the girls on the website get them for free. The website allows every newcomer to register, create an account, and run the search absolutely free. He or she will only have to pay for their direct services – connecting people, reports review of thai girl for marriage .