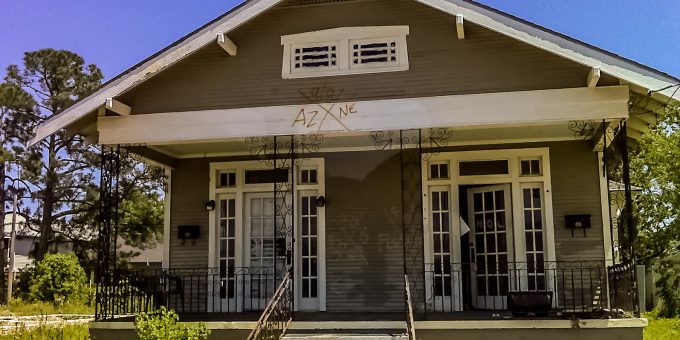 The word disaster conjures a variety of devastating images. Natural disasters can have unpredictable and frightening impacts on communities. Survivors of such events are often framed by the media as ill-fated, and their traumas as manifestations of individual failure. However, it is less common for the focus to be on the social factors that contributed or worsened the disaster’s effects. While disasters are singular and unique in occurrence, social science can provide broader insight into the social, economic, and political factors exacerbated by them. Here are seven things social scientists can tell us about natural disasters:

To those who don’t live in disaster prone areas, it seems simple: if there is a hurricane, you evacuate. But that can be a tall order, especially for socially vulnerable populations. A Kaiser foundation study found that 38% of individuals surveyed in Houston evacuation shelters did not evacuate New Orleans before Hurricane Katrina because they were either physically unable to evacuate or were caring for someone who was physically unable to evacuate. Victims of domestic violence must weigh the risks of going to a shelter where their abuser may have also fled. People with disabilities must consider whether or not the shelter they are fleeing to is accessible. Anyone taking regular medication faces the possibility of not having access to a pharmacy. More than 70% of those who died in New Orleans related to Hurricane Katrina were elderly. Social vulnerability must be considered in preparation for natural disasters or emergencies.

Not only must social vulnerable populations be considered in the preparation for natural disasters, but they must also be actively sought out during and after the onset of disaster. Often, these populations are invisible and do not receive the support needed. In Heat Wave, Eric Klinenburg analyzed what turned the 1995 Chicago heat wave from a hazard into a disaster, leaving 700 people dead in one week. His explanation for this phenomena is the social isolation of seniors, institutional abandonment of poor neighborhoods, and reduction of public assistance programs. Similarly, In the European heat wave of 2003, there were at least 35,000 excess deaths reported. France suffered the most with 15,000 excess deaths recorded. Poitrine and colleagues found the major factors associated with these excess deaths in Paris were an age past 75, being female, and not being married. Most recently, eight nursing home residents died due to a lack of care following power outages in Florida as a result of Hurricane Irma. Each of these examples illustrates how vulnerability is increased through social isolation. Individuals who are often “out of sight” are treated as such in rescue efforts and media attention.

3. Local organizations and neighboring communities are most efficient at responding

Local and national governments can actually slow down the response time of essential aid after disasters occur. The layers of decision-making involved in bureaucracy results in the delay of resource distribution. Biases held by officials can also cause them to underestimate the needs of residents when decisions are finally made. Local and neighboring communities are therefore critical for disaster preparedness and relief. Perceptions of risk and direct support in the form of tangible and emotional resources shape the collective resiliency of residents long term. This means that community-based or grassroots approaches to areas impacted by disaster may be most effective for recovery.

4. Mental health professionals should be part of emergency response plans

Six months after Hurricane Katrina made landfall in New Orleans, Louisiana, researchers surveyed employees at the largest employer in the city (Tulane University) and found that 19.2% had symptoms of Post Traumatic Stress Disorder (PTSD). Only 28.5% of those with PTSD symptoms had spoken with a healthcare professional about their symptoms. Disasters also have lasting impacts on law enforcement officers, firefighters, and medical personnel who work tirelessly to reach the stranded and heal the wounded. Not only do first responders witness devastating circumstances, they experience them as victims too.

5. The media plays a significant part in the understanding of a disaster

In one analysis, researchers found the media focused mainly on government response instead of addressing pre-existing factors that affect disaster management. Researchers are also interested in how the media contributes to disaster myths, or the are false beliefs surrounding disasters, which include images of helpless victims, social disorganization, and exaggerations of looting and lawlessness. Places that depend heavily on tourism, especially coastal destinations, see the majority of their revenue halted immediately after a disaster. If a tourist destination receives negative media coverage and the label of an undesirable space, it is costly to overcome. Millions of dollars are spent on advertising to reconstruct a place as desirable to visit post-disaster. Reduced funding to industry is further depleted by the need to manage a destination’s image. This can be a high risk move for already strained local economies with years of recovery to go

7. Spatial inequality shapes the risk and impact for individuals

While nations at all levels of development experience natural disasters, developed nations experience far fewer deaths. It may be accurate that the likelihood of such events are dispersed rather evenly, but the level of danger they pose is not. Populations with more economic resources not only experience fewer losses, but recover more easily because they have greater support to do so. Likewise, marginalized populations such as women and racial and ethnic minorities, face both an increased level of hazard and more barriers to recovery. Racial minorities in the South are often marginalized to lower-lying, flood prone areas. With this increased risk of hazard, resources such as flood insurance are made virtually inaccessible due to increased cost.

Here its so good for us because now here how to fix wireless displays connections in windows 10 mobile because here no risk at the learning time.

Nice resource to have these days: https://essaydune.com/do-my-assignment/. Had actually sent a copy to the office of Secretary about a year ago. But as of now, do not believe it was accepted as a possible resource.

If you lack necessary skills, practice, and knowledge to provide a professional marketing plan for college, you can easily buy marketing plan help from this reliable online writing service https://essayelites.com/marketing-plan-assistance/

What a useful information provided by this blog! It’s remarkable. Thanks for helping me out… I will definitely get in touch with your blogs,

I have been looking for information on this topic. Thank you!
http://factocert.com

However, you shall be ready for issues that arise by the majority of clients. The Customer support service of the company doesn’t solve problems, they even don’t make an attempt to solve issues. It is difficult cox cable home security reviews to find another company that can boast with wonderful equipment that has extensive functionality but has such low ratings because of customer support and overcharging clients. Even though the equipment gets the top grade, other aspects could be evaluated below zero if it were possible.