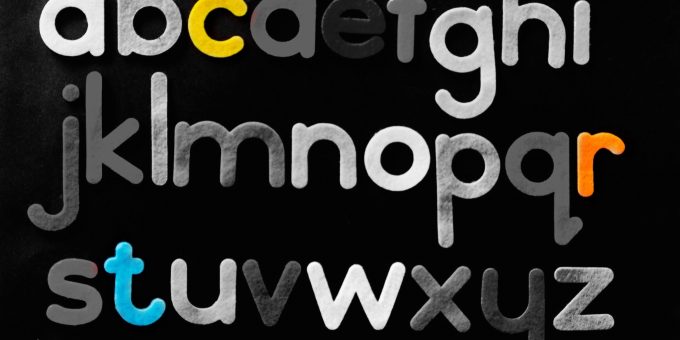 Sociology and the Racialized Moral Panic Over ‘CRT’

Over the past year and a half, politicians and media commentators have amplified a growing movement opposing education focused on racism and racial discrimination in the U.S., often under the guise of fighting “critical race theory” (CRT). Like other critical moments of backlash to efforts at racial progress, the anti-CRT movement contains the hallmarks of a racialized moral panic. It also holds significant implications for education, politics, and racial equality in the aftermath of heightened public discussions and demonstrations targeting systemic racism and police violence during the summer of 2020. Like many moral entrepreneurs, Rufo has sought to grow his own profile as a public figure while also advancing his interpretations of the “CRT” problem. Over the past year, Rufo’s media presence has reached the national audience – from debating CRT with Joy Reid to lauding Florida Governor Rick DeSantis’ efforts to ban CRT in schools and the workplace. To examine this emerging moral panic, we look at three tenets proposed by a major moral entrepreneur and architect of the backlash, Chris Rufo, via his March 2021 profile in Imprimis (a monthly newsletter published by the Center for Constructive Alternatives at Hillsdale College).

Moral panics emerge when a group, event, or person becomes seen as threatening the function and wellbeing of society. Racialized moral panics involve racial meanings and practices and correspond to racial interests. Moral panics are amplified and directed by moral entrepreneurs – individuals who seek to advance a specific definition of the implicit threat and its implications. The consequences of moral panics, particularly on behalf of powerful groups, can reshape institutions and group relations. Moral entrepreneurs ultimately seek to influence social norms and laws. We can better understand the current anti-CRT movement, which threatens educators’ ability to discuss and contest racial oppression, by looking at the claims and logic employed by racialized moral entrepreneurs like Rufo.

The first tenet anchoring Rufo’s profile is the red-baiting threaded into his position against CRT. Indeed, he begins his critique of CRT with a discussion of Marxist socialism. Offering a distorted and truncated history of CRT, Rufo argues this theoretical framework emerged as a strategic way to advance socialist commitments. In this way, Rufo suggests CRT advances concepts such as “equity” to veil efforts pushing “neo-Marxism.” CRT instead emerged in response to class-centric analysis in legal studies and across institutions, overlooking the ways race and racism were central organizing principles in struggle and scholarship. While inaccurate, this claim draws on the powerful cultural resonance of Cold War era depictions of the Civil Rights and labor movements as Trojan horses for communist takeover threatening American traditions and institutions.

The second tenet forwarded by Rufo is the centrality of “reverse-racism.” Rufo is careful to admit the history of slavery and injustice in U.S. history. However, he asserts that a “genuine” view of this legacy should be one which is even-handed with the stories of “achievements and sacrifices” and avoids the “grim and pessimistic narrative” of history advanced, he argues, by critical race theorists. For Rufo, critical race theory’s contention that racism is central to U.S. history and contemporary life places conservatives in positions where they are “afraid to share their political beliefs in the public sphere” and, more generally, does not “move the hearts of Americans.” Rufo argued accusations of white fragility, unconscious bias, and internalized white supremacy trapped conservatives across institutions from speaking out against this “revolutionary ideology” due to its effect of producing a “collective guilt.” From this perspective, the mere existence of antiracist education silences alternative views, shuts down conversation, and levies simplistic accusations of culpability. Ironically, the goal of the anti-CRT movement is then to banish critical discussions of racial oppression and its relationship to racial inequities altogether.

Lastly, “excellence” should be the pillar of moral value. Utilizing phrasing adopted by academia and institutional efforts to diversify, Rufo argues excellence is a standard that “beats diversity every time.” These efforts to center meritocracy at the expense of identifying the social location that individuals and groups occupy are typical colorblind racism frames— abstract liberalism. Abstract liberalism posits that some abstract version of equality of opportunity either already exists in the post-Civil Rights era or that it is an antidote to entrenched social inequalities. Discussion of marginalized groups and the causes, contexts, and consequences of their collective experiences are derided as  “identity politics.” The term “identity politics” is strategically deployed to refuse core contentions brought forth by critical race theories, which is a commitment to ending structures, practices, and policies that disproportionately produce the social suffering and premature death of specific individuals and groups.

Together, these “Anti-CRT” tenets serve to embed critical race theory within a set of tried and true backlash strategies deployed by whites generally and white conservatives, specifically— red-baiting, white victimization, and colorblind racism. As a response to Black liberation movements that captured the country’s imagination in 2020, Rufo’s anti-CRT profile has functioned as a balm for aggrieved conservatives injured by prospects of a multiracial democracy. As key sites to foment a moral panic, schools and schooling have been targets of efforts to ban critical race theory. Influential moral panics like “stranger danger” or the “satanic panic” have similarly presented themselves as protecting innocent children. Whether Virginia Governor’s election or bills introduced across states, the moral panic has gained traction in education discourse. Additionally, among K-12 education, the targeting of schools comes after the U.S. witnessed a sharp rise in labor movements among teachers across that nation in 2018— calling for higher wages and increases in school funding. Legislation efforts to ban books serve to remove books, silence the introduction of specific concepts and discussion, and bring renewed scrutiny and precarity to teachers. In the case of New Hampshire’s House Bill 1255, recently introduced legislation targets “teacher’s loyalty” by prohibiting “teacher advocacy of subversive doctrines.” Such doctrines include “communism, socialism, or Marxism” as well as “teaching that the United States was founded on racism.” Like Rufo’s anti-CRT tenets, the purported anti-CRT legislation is couched in the redbaiting and vague direction to evade racism. For instance, while the history of the enslavement of groups in the U.S. can be acknowledged, this history cannot be taught as a form of racism. Regarding recent anti-CRT legislation in Florida, Rufo commented that “[DeSantis] is providing a model for every state in the [U.S.].” However, Rufo is not simply framing himself as a pundit or journalist against CRT but is actively advising on anti-CRT legislation. As politicians continue to adopt Rufo’s “anti-CRT” tenets, it is worth noting such efforts are advanced in the face of growing social movements and labor strikes (e.g., the Black Lives Matter movements in 2020 and the wave of teacher strikes in 2018). Rather than targeting Critical Race Theory itself, Rufo’s efforts are part of a long history of a white backlash targeting the possibility of a multiracial democracy.

Alfredo Huante is a UC Chancellor’s Postdoctoral Fellow in the Department of Chicana/o and Central American Studies at the University of California, Los Angeles.

Michael L. Rosino is an assistant professor of sociology at Molloy College. His first book, Debating the Drug War: Race, Politics, and the Media, was recently published by Routledge Press.

I love this site, it inspires me.