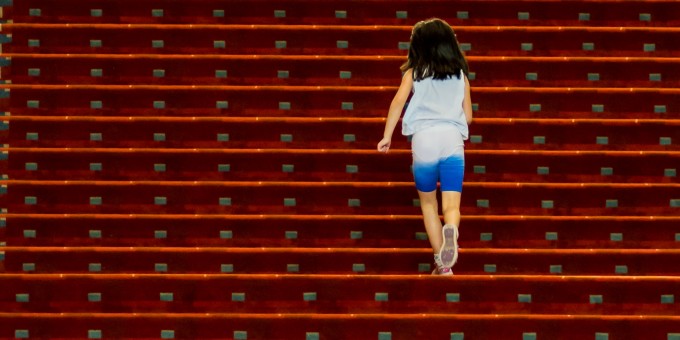 In, “Fitting in or finding a way out?“, David Reznik takes issue with a thesis I advanced at a recent talk. He accurately describes my thesis: I suggested that one reason for the higher incidence of nonmarital births among those from less privileged backgrounds is lower efficacy. By “efficacy” I meant a learned capacity to plan and self-regulate in pursuit of one’s goals — in this case contracepting when you don’t want a baby now. I showed evidence from a qualitative interview study of mine that those from more privileged backgrounds have more efficacy, and that those with more efficacy contracept more consistently. I well remember Professor Reznik’s question at my talk, and I regretted not getting a chance for more discussion with him, so I was glad that the Contexts editors invited me to respond to his guest post.

Reznik does not dispute the accuracy of what I said—at least he doesn’t mention evidence against the thesis. He is troubled, if I understand him correctly, by the political consequences of talking about class and efficacy. He says,

If the common goal here is the elimination…classism, racism, and sexism, which scholarly behaviors are more closely aligned with the achievement of this goal: lecturing those living on society’s margins about their supposedly “self-defeating” lifestyles or leveraging academic privilege to speak truth to power? Is it more “efficacious” to teach the young women…better organization skills and study habits or to experiment with new family, school, and workplace arrangements that transcend the zero-sum status quo they live in?

Let me respond to that question. First, while I said I wanted to make a larger disciplinary point, I misled if I implied that this was the main motivation of the research project of mine I reported on. Its motivation was narrower: I really wanted to understand what kept young women who really didn’t want to get pregnant from contracepting consistently. I didn’t find much in the way of financial barriers, given that Planned Parenthood provides birth control pills on a sliding scale, and while sometimes male partners obstructed condom use, they seldom obstructed the use of other methods. Efficacy seemed important. (For more on what we found, see the papers listed at the end of this post.)

I did not conclude from my study that the best way to reduce unintended pregnancies is to “lecture” poor women, or teach them “better organization skills.” Reznik mentions that Orlando Patterson believes that culture may be easier to change than structure. I am not so sure. They are both pretty hard to go up against. I didn’t talk about my ideas for policy or activism that day. But let me make a policy suggestion here: to move toward the goal of fewer unintended pregnancies I suggest promoting and providing easy access to LARCs (long-acting reversible contraception, such as the IUD). As well, I support getting rid of the ban on federal funds being used for abortions for women who want them. I’d choose these strategies over a six-week crash course on efficacy, because such a course is unlikely to counteract a lifetime of experiences lowering a person’s efficacy. (Not that I’m against creative development of nonpatronizing interventions that help develop efficacy; I’m just very cautious about what they would accomplish.) An IUD would render efficacy unnecessary for several years after insertion. I would not take this to be merely “helping the victim assimilate to a victimizing society.” Having births only when you want them is not mere “assimilation.” However, I agree with Reznik that it would not solve most of poor women’s or men’s problems.

I did also have a larger disciplinary point to make and I’ll return to it in my ASA presidential address this August. Knowing what would help get rid of inequalities is aided by knowing how they work.

To me the second mechanism shows that sometimes the social becomes personal. I believe that both mechanisms are typically operative. If we want to figure out what to do, I believe it helps to examine both of these ways that positions in social structures affect people. Good science requires this, and I also think it will help us design more effective strategies for activism and policy.

Finally, I want to apologize to Professor Reznik for my use of the term “politically correct.” Slinging a term many find insulting is hardly a way to engage in dialogue. My bad. I thank him for engaging in dialogue anyhow.

hdzcasdcank you so much for this. I was into this issue and tired to tinker around to check if its possible but couldnt ge https://tracktrace.one/usps/ t it done. Now that i have seen the way you did it, thanks guys
with
regards

hdcadscdsank you so much for this. I was into this issue and tired to tinker around to checasck if its pos https://tracktrace.one/usps/ sible but couldnt get it done. Now that i have seen the way you did it, thanks guys
with
regards

Tsachscasanks for shari https://kodi.software/download/ ng.I found a lot of interesting information here. A really good post, very thsacasankful and hopeful that you will write many more posts like this one.