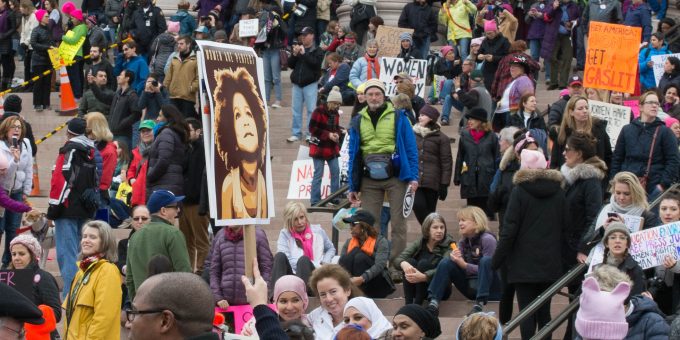 The Women’s March was only the beginning

Movements are larger than a single protest; even ones that mobilize almost 3 million people and are the biggest in US history.

So how does the Women’s March ride this wave of progressive concern to become an effective movement? Face-to-face events like this March are the gold standard in movement mobilization: one of the biggest challenges movement organizers face is motivating sympathizers to go beyond “armchair activism” and actually do something. On January 21, millions of Americans and citizens around the world took to the streets and insisted on being heard.

But what comes next? History teaches us that successful movements require that demonstrations be but one tactic in a much larger repertoire of contention that leads to social change. During the American civil rights movement, for example, the March on Washington where Rev. Dr. Martin Luther King, Jr. gave his famous “I have a dream” speech is likely the most remembered event. But the movement included a suite of tactics, including sit-ins, canvassing, and freedom rides. Today, common tactics promoted by social movements also include letter-writing campaigns, lobbying, and various on-line initiatives including petitions.

Already, organizers from the Women’s March are encouraging people to join its 10 actions/100 days campaign. The first action asks participants to send postcards to their Senators that highlight the issues that are important to them and state why they marched. Although this redirection of the March’s energy to writing postcards is a good first step, without a clear political target for the effort, the message of this action (and maybe even of the momentum from the March) will become diluted.

One of the challenges of the Women’s March is that it mobilized people from across a broad range of progressive issues. Just look at its list of partners, which represented women’s rights, immigration rights, LGBTQ rights, racial justice, and environmental protection, among many others. Walking through the crowd in Washington, DC on Saturday, I witnessed the diversity of the progressive movement in America first hand. Women in hijab chanted; women, men and children in pink pussy hats yelled; men and women held handmade signs in drag; and families came out in Black Lives Matter T-shirts. Channeling the momentum of the Women’s March means appealing to participants’ central issues—the ones that got them off the sofa and into the streets—and motivating them to stay engaged by identifying opportunities to participate in actions that target the initiatives of the Trump Administration. It will not be a one-size-fits-all strategy. Already, a science march and a climate march on Washington have been called for the coming months. But history clearly shows us that marching in the street on one day—even if it is one weekend day a month—is not enough.

Expanding to include a full repertoire of contention is a necessary next step—from letter writing and petitioning, to advocacy through visits to Congressional offices, boycotts, buycotts and even more confrontational tactics like sit-ins and walk-outs are all needed. Without embracing the full range of tactics, it is very hard to accomplish political goals—especially when the target happens to be a newly-elected President who is working with a sympathetic Congress to halt a number of issues of concern to the millions of people who marched. So far the President’s executive orders have been hostile to the very issues that mobilized people to participate in the Women’s March. The Republican-led Congress seems to be going along with him, at least for now, and the capacity of the Democratic Party to resist is unclear.

The strength of America’s democracy lies in the opportunities for individuals to be heard and the ways that they express their voices through the manifold tactics available to them. What comes after the Women’s March and the degree to which organizers inspire and engage its participants will determine whether the movement continues to gain momentum or if it crashes in a foamy pink wave on the shores of the Potomac. Given what we’ve seen in the past few days, it is going to be a long four years for the progressive movement. Here’s hoping the best is yet to come.

Dana R. Fisher is in the Sociology Department and Director of the Program for Society and the Environment at the University of Maryland.

Nice post. I know dear Dana, she is professional.

I can't wait to see what happens next! I was so happy the womens march happened and too part of it myself. I discovered a bunch of slogans for women that I used during the march. I'll share them with you here if thats okay: Feminist Slogans

glad to you for doing this type of content. This motivates me to start my own blog, hope that you will continue publishing articles like this.