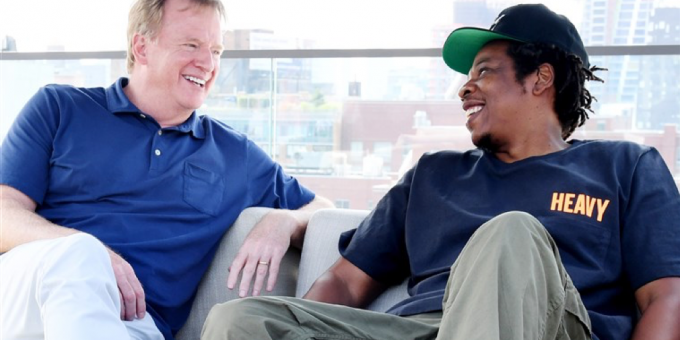 Will a NFL Player Take a Knee at the Super Bowl?

Where is the “Take a Knee” movement today as the National Football League’s (NFL) 100th season comes to a close, four seasons after Colin Kaepernick first took a seat, and then a knee, during the national anthem before NFL games?  In our 2018 Contexts Magazine: Sociology for the Public article, we wanted to put concrete numbers to the protests, showing both how many players protested within a week, as well as how many teams had at least one player protesting. In general, protests were small in terms of overall numbers of players and number of teams with at least one player protesting in 2016. However, during the 2017 season following President Trump’s comments and tweets about NFL players at a campaign rally in Georgia, we saw a massive spike in players protesting. The number of players protesting peaked with 450 players representing 26 of the 32 NFL teams. We saw a similar, but smaller spike, following negative comments about players by Houston Texans owner Bob McNair. We argued that this is because the comments by Trump and McNair attempted to demean and discredit the players by stigmatizing them and framing the act of kneeling or raising a fist as dishonorable conduct rather than nonviolent protest, which then in turn mobilized more protest.

In November 2019, Kaepernick had a NFL tryout muddled with backstage and frontstage controversy. It resulted in a new Nike campaign for Kaepernick but no NFL deal. With Kaepernick still unable to find employment in the NFL, who in the NFL is still taking a knee? In reality taking a knee has almost completely disappeared during NFL games, save for Eric Reid and Kenny Stills. But while it has all but disappeared in the NFL, it is still seen throughout society. Megan Rapinoe took a knee to support Kaepernick early on, until US Soccer created rules against it. But more importantly, across social media we see grade school, high school, and college athletes continuing to take a knee. At the Pan American games in August 2019, we saw fencing gold and bronze medalist Race embolden take a knee during his medal ceremony, and hammer throwing gold medalist Gwen Berry raise a fist at hers (itself an homage to John Carlos and Tommy Smith historic pose at the 1968 Mexico Olympic games). Both athletes publicly stated their protests were to highlight inequality in the United States. Minnesota’s 2018 Teacher of the Year, Kelly Holstine, took a knee behind Donald Trump during the 2020 NCAA BCS national championship football game. So, while Kaepernick is still deliberately left off NFL rosters, and the number of players taking a knee has dwindled, the reality is the movement lives on.

Because for those of us that study race, protest and social movements, or sports, or those of us who are simply football fans, this shouldn’t be a: help millions of disenfranchised people OR protest the NFL over Kaepernick’s continued blacklisting. It should be a BOTH/AND scenario. And, we should be clear, Jay-Z’s decision, as so eloquently stated by Dave Zirin, is one of capitalism and business. Jay-Z is a billionaire with dreams of becoming an NFL owner. What better way to do that than partner with them “to do social justice work” and be the recipient of a million Twitter slings and arrows.

To be fair to the NFL and its players, since before Kaepernick’s protest and the subsequent Player’s Coalition, they have long been involved extensively in social justice work. In fact, NFL players have ALWAYS been involved in their communities, partnered with UNCF, and performed public charitable work, as well as behind the scenes giving. But with the 7 year, $89 million commitment from the NFL, a new light has been shined on this area. The “Inspire Change Initiative,” that Jay-Z and Roc Nation signed on to will provide grants, assist grassroots organizations, and more.

Does this amplify the goals of Kaepernick and others, or merely co-opt them? Co-optation is something that movement scholars are always curious to examine in successful social movements. The reality is that the concert put on prior to the opening 2019 game between the Bears and Packers raised $400,000 for community organizations in Chicago. Wasn’t the point of Kaepernick’s protest to both raise awareness and bring resources to bear on issues of inequality? If that’s the case, isn’t the Players Coalition and Roc Nation’s partnership doing both those things?

Like many social movements, the Take a Knee movement will leave a complicated legacy for us to analyze, disentangling its claims, goals, personalities, and co-optation. Only time will tell what the actual future of the movement is or what the convergence of interests will result in. Yet, it remains true that the inequalities that Kaepernick originally protested against still remain and are ever present. As a recent study by a team of sociologists shows us, in American society today, the sixth leading cause of death for young Black men in America is police violence. This gross inequality points to a larger problem, one that is not easily remedied with Roc Nation dollars or reducing single-parent households, as Mr. Shawn Corey Carter would like to make us believe.

Our amazing Constitution has everything anyone needs to advocate for a just society. The key is not to self-righteously offend good people who might well have supported you, but to instead OWN the Constitution and point out the hypocrisy of those who ignore it. Saying you are not proud of your country because it is not perfect is like a person having no self-esteem because they are not perfect. It’s self-defeating. Focusing instead on how far we have come and clearly stating - without painting entire segments of society with an over-broad brush - the areas where we still have work to do is much more productive. In my opinion, Kaepernick is a not-very-bright figurehead - like so many celebrities - who through his blanket bigotry and choice of drama over substance wasted what could have an amazing opportunity to bring our great country further along the road to a truly colorblind society.

Football players without a doubt didn’t get paid big bucks until the past due 80s early 90s. Terry Bradshaw, 4 time Super Bowl prevailing quarterback, had to sell insurance throughout the off season because his profits wasn’t sufficient to raise a circle of relatives on. Lots of less famous players fell on hard times, and some of them took the possibility to cash in by promoting their Super Bowl rings. But we will provided Dissertation Editing Services or proofreading services.

Football is my favorite Game ,I was also the best player of my team when I used to read in Govt. College in 2002.
Cheap Dissertation Help

If you manage to keep up with the National Football League (NFL) at all, you may ... around certain athletes taking a knee during the national anthem

Donwloading videos to mobile phone is not that easy, download simontok apk solved this problem easily.

Thank you so much for sharing this post, I appreciate your work. Kuttymovies net

Are you a pro player? Get MyBoy Apk for best gaming performance. It supports all old versions also.

The warning, which was one of two or three reports opened by an organization judge, is somewhat of a body of evidence against Navient, which was recorded by the CFPB in January 2017. navient login help The CFPB claims that, among different charges, Navient "gainfully and unreasonably [failed] borrowers at every time of reimbursement

The NFL in February resolved a collusion complaint with Kaepernick and former teammate Eric Reid filed a complaint against the tournament. Reid, who currently plays for the Carolina Panthers, and attends Kaepernick's practice session in high school. He is still an unlimited free agent eligible to sign up with any 2 player games club

I definitely get a fee from each and every part of it. This is a great and informative website. I need to bless your heart .. Thanks. shell shockers

He would be wise to support his teammates. They all do different things off the field, but with some of the things you need to deal as a team. You can go and play No deposit limit Slots or do whatever on your off time. That is just what I think

All of the information are best and great selection of words thanks for sharing.