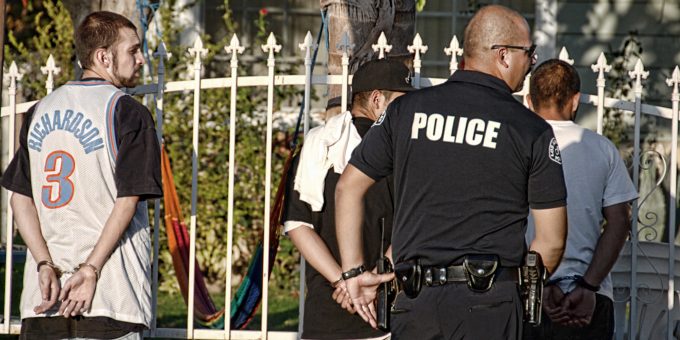 What explains the unequal distribution of crime across city neighborhoods? Labels are often designated to high-crime neighborhoods and the people who call them home. Countering this notion in the American Journal of Sociology, Andrew V. Papachristos and Sara Bastomski contend that city neighborhood crime is connected through an unobserved network. That is, even if neighborhoods are seemingly unconnected, the authors observe crime’s spread from one neighborhood to another. They find that patterns of co-arrest create a network that transcends neighborhoods’ geographic and social boundaries.

The researchers use data from surveys of youth and their primary caregivers, the U.S. Census, and the Chicago Police Department to examine the diffusion of crime in Chicago to determine if micro-interactions, such as co-offending, contribute to the diffusion of crime. Co-offending is measured as an instance in which two or more people are arrested by the police for a single offense. To test how co-offending contributes to neighborhood crime patterns, the authors assess such co-arrest events and whether these create a network across neighborhoods. Then, they determine the explanations of co-offense tie formation and sustainment and, finally, test to see whether co-arrest networks predict neighborhood crime patterns better than geographic proximity.

Papachristos and Bastomski find that co-offending networks bind urban neighborhoods in a manner that is made apparent by crime and that crime diffusion patterns persist, even when the individuals who commit crime change over time.