Six years ago, I started a project about two annual events in Belfast, Northern Ireland: the Loyalist bonfires of Eleventh Night and the Orange Order parades of The Twelfth. During the two controversial holidays, the (typically) protestant Unionist or Loyalists, committed to Northern Ireland's place in the United Kingdom, build massive bonfires and parade through city streets. Loyalists describe the events as "family friendly" cultural activities, but in doing so, they ignore the events' roles as expressions of Protestant political power. Given ongoing conflict between the Loyalists and the Catholic Republicans (who desire a politically united Ireland), the holiday activities operate as claims over the contested city of Belfast.

While the political nature of the parades is somewhat buried in historical references on banners and the often unspoken lyrics to the flute band songs of The Twelfth, the bonfires are unambiguously political. Viewers need not know that the stacked pallet-and-tire bonfires are references to a centuries old Protestant victory over Catholics to know there are political and religious stakes to these conflagrations. In most communities, political allegiances are boldly proclaimed, whether in flying the nearly ubiquitous Union Flag or in burning the Irish Republic's Tricolor, Sinn Féin election posters, and even Irish soccer team jerseys.

The partisan nature of the bonfires was even clearer this year. Support for the Brexit and disparagement of the European Union abounded, and local political developments related to the bonfires were also referenced. The most direct local example was the burning of election posters for SDLP Councillor Claire Hanna, who champions an effort to rein in the bonfires.

But there was also counterbalancing: Belfast City Council is attempting to facilitate a transition to a new Eleventh Night model by offering financial incentives to burn wood chip beacons rather than flags and tires in recognition of the historical victory. And the bonfire and parade events appear to be changing. Many bonfires in 2016 were more subdued than those in 2012, numerous participants seemed more interested in spectacle than politics, and the city felt less tense than it had in recent years. The Police Service Northern Ireland was out in full force, but they weren't needed in the typical way—even on The Twelfth's parade routes, where I have witnessed riots in years prior. 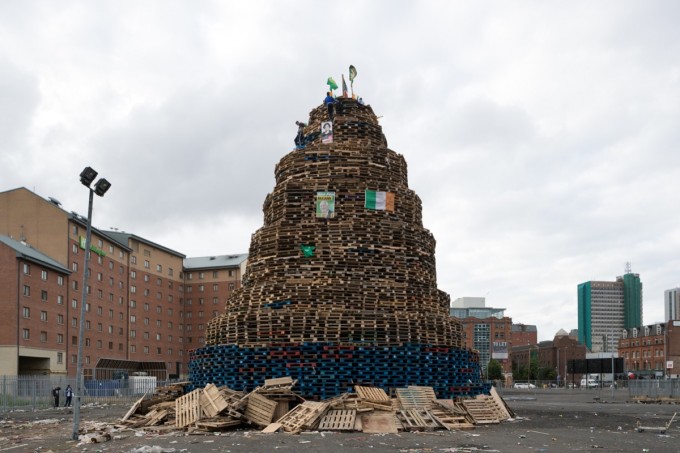 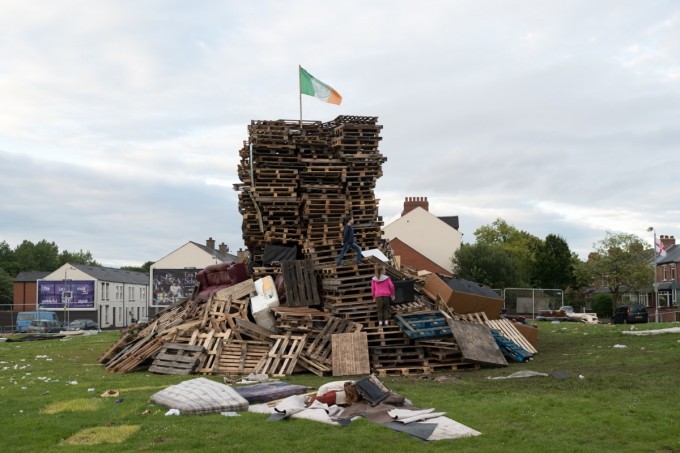 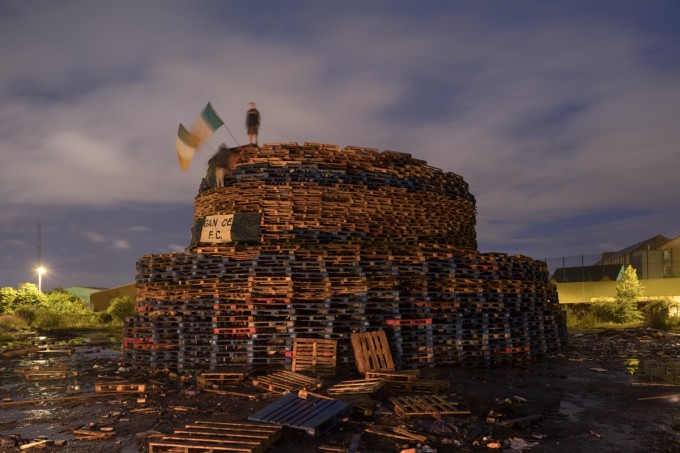 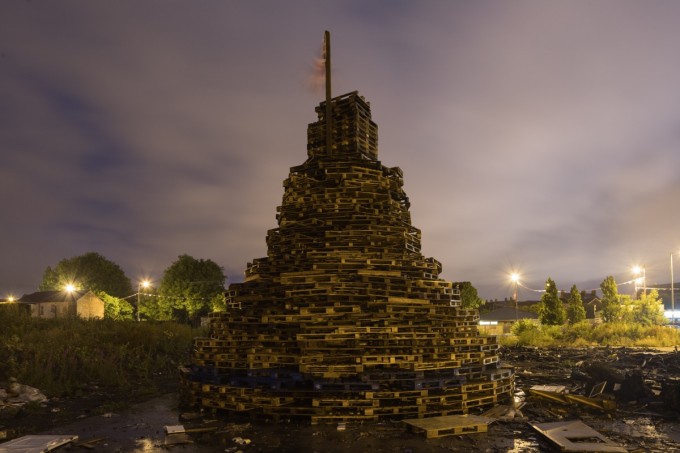 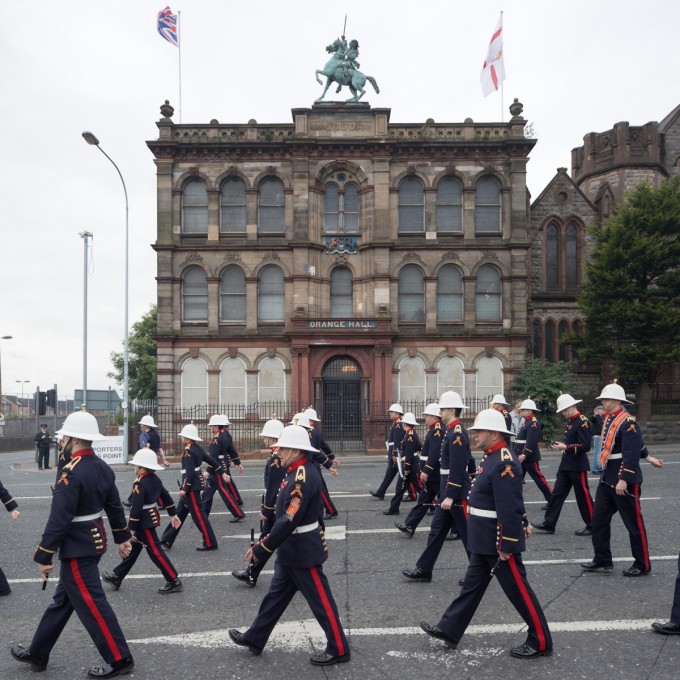 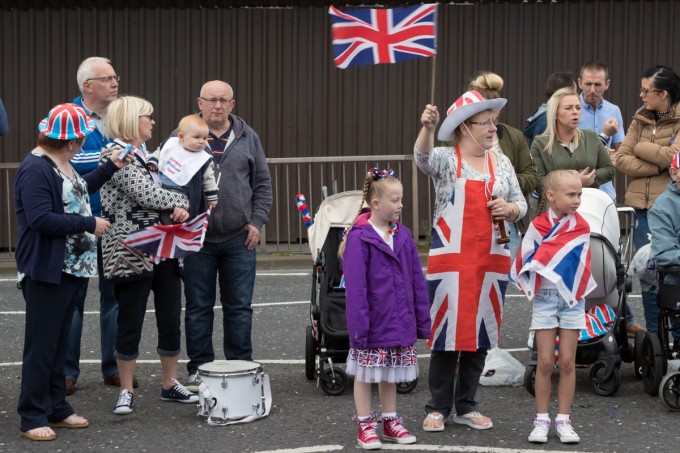 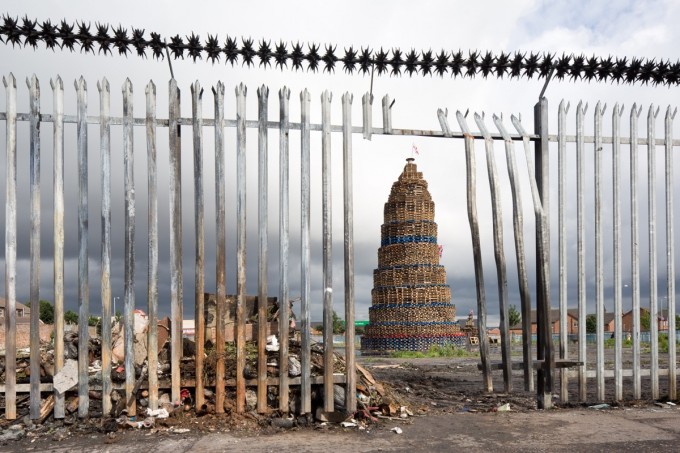 David Schalliol is a sociologist at St. Olaf College in Northfield, MN. A documentarian and award-winning photographer, he is the author of Isolated Building Studies.

David Schalliol is a sociologist at St. Olaf College in Northfield, MN. A documentarian and award-winning photographer, he is the author of Isolated Building Studies.