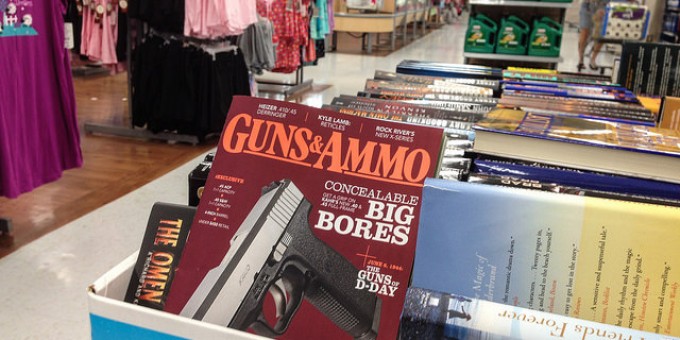 Debates about the nation’s estimated 11.3 million unauthorized immigrants have moved to the forefront of the public consciousness once again. Illegal immigration has dominated the 2016 presidential primary season, with Republican Donald Trump’s calls to deport all undocumented immigrants in the U.S. and building a wall along the U.S.-Mexico border. Likewise, President Obama has issued an executive order to expand deportation relief to nearly half of the total unauthorized immigrant population. Still, American arguments about immigration remain hottest at the local level.

In recent years numerous towns, cities, and counties have introduced anti-immigrant ordinances that include restricting access to public benefits, fines for employers and landlords of undocumented immigrants, and English-only declarations. In the journal Social Problems, René Flores uses a symbolic politics approach to examine the effect of proposed anti-immigrant policies on local gun sales in Pennsylvania.

In short, Flores finds that anti-immigrant ordinances are correlated with increased gun sales at the local level. Further, a greater association between immigrants and crime in local news coverage also results in a significant increase in handgun sales—an effect that holds for a full year.

With the President having begun to issue a series of gun control restrictions, the public health community urges attention to scientific evidence that guns make everyone less safe. If Flores is right that anti-immigration policies and fear-inducing media coverage increases gun sales, it would seem that there are serious public health consequences accruing to immigrants and the native-born alike.