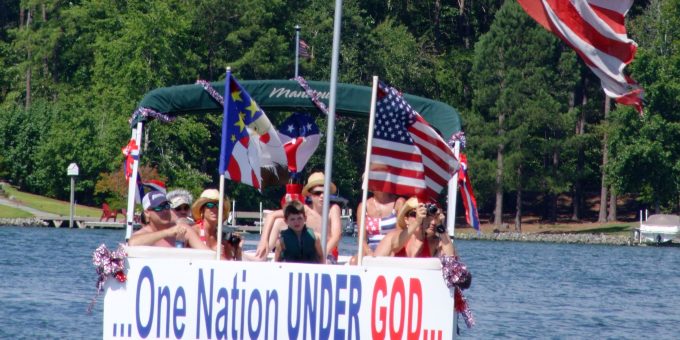 The era leading up to and during the Trump presidency has included intense conflict and dialogue surrounding issues of police brutality. In their new article in Sociology of Race & Ethnicity, Samuel Perry, Andrew Whitehead, and Joshua Davis investigate what factors influence perceptions about Blacks’ mistreatment (or lack thereof) by police. They specifically focus on the role of Christian nationalism.

Christian nationalism aligns America with an evangelical Christian God. People who adhere to this ideology are likely to draw rigid and prejudicial boundaries between White and racial minority groups. These may be the result of generalized views of minorities as threatening, violent, or criminal. This perceived threat then corresponds to support for punitive punishment, perceptions that police treat Blacks and Whites equally, and beliefs that abusive policing of minorities is a result of those minorities’ supposed propensity for violent and criminal behavior.

The authors use a nationally representative survey of American adults containing measures of Christian nationalism, attitudes toward police treatment of Black Americans, and personal characteristics. They carefully differentiate “White evangelical” identity from Christian nationalism to ensure that the latter is not a proxy for White evangelical conservatism. Their findings show that respondents’ higher levels of Christian nationalism corresponded to greater agreement both that police treat Black and White people the same and that police shoot Blacks more often because they are more violent than Whites. Two of their highlighted findings include the fact that those who reported higher religious activity were less likely to agree with both statements and that Christian nationalism is a significant predictor of these views regardless of the respondent’s racial/ethnic background. This paper underscores the importance of differentiating Christian nationalism from other religious identities in studies of their effects on racial views.

I often visit beauty salons with my son in-law, who asks me to show him pictures of girls' faces and say: "Look how beautiful they are." "Look how sexy each one of them is!" salonprice.me