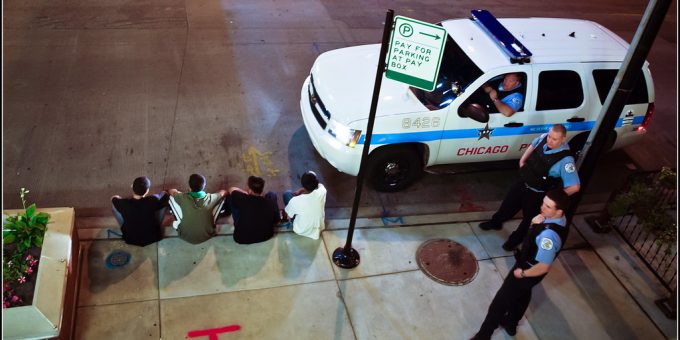 The Baltimore uprisings following the murder of Freddie Gray in 2015 were fueled by systemic abuse and neglect of poor Black communities. They captured the nation’s attention. Now, an article in Socius by Melody L. Boyd and Susan Clampet-Lundquist documents how Black youth in Baltimore are criminalized for just “living.”

The study used participants from the Moving to Opportunities project, which examined whether housing vouchers increased upward mobility. Following up with some of the participants, Boyd and Clampet-Lundquist interviewed 150 youth (aged 15 to 24). Their accounts uncover the criminalization of daily routines in participants’ neighborhoods and schools.

Despite only one in five young men in the study reporting involvement in illegal activities, two-thirds reported negative interactions with the police. Many reported avoidance as a primary goal to prevent police harassment and abuse, modifying behavior to manage appearance and routines in ways that allowed them to stay out of the way of the police. They told the authors that schools served as an extension of the streets, because school officers behaved very similarly to police officers as they targeted, harassed, and even assaulted the youth. The use of metal detectors and strict consequences for minor infractions, including the use of mace and arrest, adds to this in-school criminalization.

As Black youth experience microaggressions and abuse by the police, their encounters with law enforcement tend to be traumatic. Whether direct or indirect, these interactions, in turn, contribute to Black youth developing mistrust of the police and the criminal justice system—regardless of their involvement in criminal activities. Cumulatively, these experiences can negatively impact the transition into adulthood.