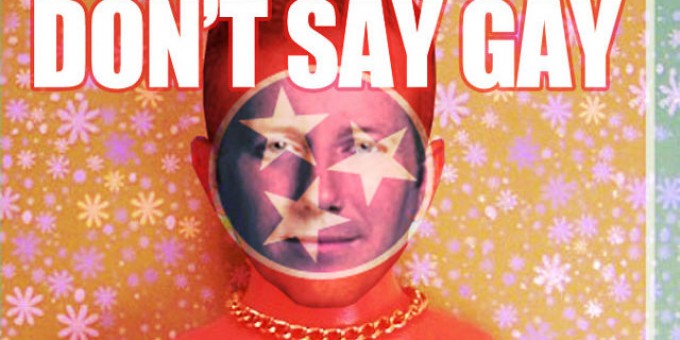 For now, “the love that dare not speak its name” won’t be silenced in Tennessee. Since 2008, Republican Senator Stacey Campfield has been trying to pass a bill to limit speech about homosexuality in schools. The law would require that school staff notify families when students receive counseling about sexuality. The legislation, thus far a weak threat, plays mostly for laughs, with irresistible headlines like “Don’t Say Gay—Seriously.” As Jon Stewart quipped, “[It] isn’t like Beetlejuice: if you say it out loud too many times, you’re gay.”

Since the proposed legislation died in committee for a second time this spring, should we just file it under “L” for “ludicrous” and leave it at that?

Maybe not. Building on Adrienne Rich’s concept of “compulsory heterosexuality,” sociologist C.J. Pascoe argued in her book Dude, You’re a Fag that school culture can be characterized by “compulsive heterosexuality”: a “constellation of sexualized practices, discourses, and interactions” through which students (with the tacit approval of school staff) reproduce gender inequality and homophobia. The implications of such practices can be profound: in Pascoe’s study, a gay student was harassed so frequently that he dropped out of school.

It’s hard to say whether the “Classroom Protection Act” could pass, nor
what its real effects might be. No state has passed comparable state-wide legislation. In the Anoka-Hennepin School District, part of Michele Bachmann’s (R-MN) district, though, a similar school district policy was tied to nine suicides in just two years.

Campfield and a counterpart in the House of Representatives, John Ragan (R-TN), have vowed to get versions of this bill passed in the next session, but there’s no evidence they’ll be any more successful than previous iterations. While Tennessee voters overwhelmingly oppose gay marriage, polls show they oppose “Don’t Say Gay” almost as vigorously. Maybe they all watch The Daily Show.