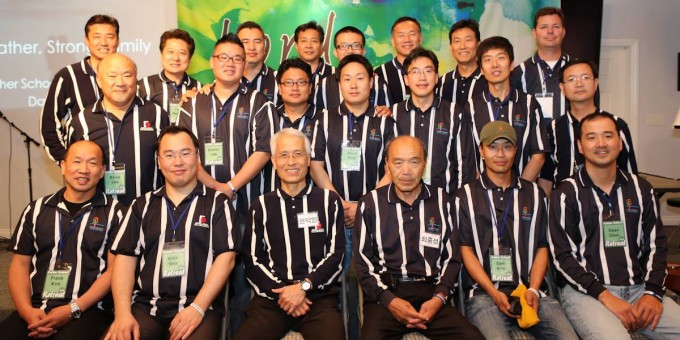 In many countries, women have gained greater access to education, the right to work with fair compensation, and protection from violence. These all reflect changing norms of femininity (what it means to be a girl or a woman), but it’s debatable whether the global spread of gender equality represents “Western” femininity. Further, what about masculinity? In a recent Gender & Society article, Taming Tiger Dads, Allen Kim and Karen Pyke explore American norms of masculinity in education programs intended to make Korean men better fathers.

The Father School movement is a response to a “masculinity crisis” in South Korea. During the 1990s, many men lost their jobs and their claim to the breadwinning role as divorce and women’s participation in the labor force rose. Programs like the Father School advocated for a new type of masculinity that emphasized men’s more involved and loving emotional family connection and the rise of the “New Man.”

The system is based on an American program for evangelical men called Promise Keepers, so the Korean Father School uses rhetoric that glorifies American fatherhood norms. What is more surprising is how blatantly American masculinity is built up while Korean masculinity is portrayed as a problem. Participants in the study used phrases like “typical Korean father” as markers of paternal inability, while “American father” indicated paternal success.

Kim and Pyke argue that the framing of American fathers as admirable and Korean fathers as inadequate reflects a larger trend of Western hegemonic masculinity. The Father School movement, then, reflects a combination of capitulation and bargaining, trying to maintain a Korean identity while adapting to the dominant American model.

It's not a notion of Western 'hegemonic masculinity.' To state it that way is to reference Connell's work; and the men she describes as 'hegemonic masculinity' are certainly not the stay-at-home dad types. Better to say, 'a trend of the hegemonic way American values, including gender, are transmitted globally.' But, wow, what a wonderful thing that they are advocating softer, more nurturing forms of fatherhood! Research on American fathers in Gender & Society supports this. America doing good for once - nice to here sociologists can be supportive, and not always just critical.