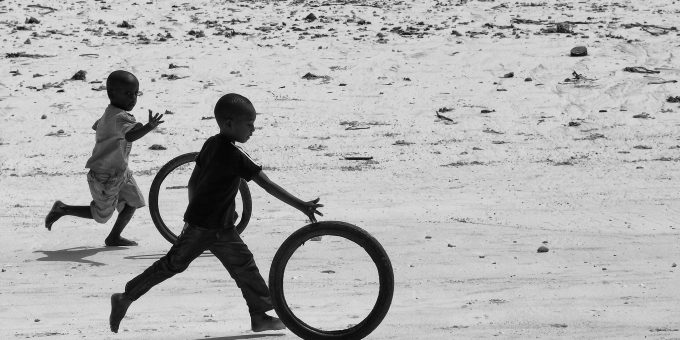 The men in Haney's study seek dignity and a revision of what it means to be a "good father" to their children. Georgie Pauwels, Flickr CC

Fathering in the Age of Mass Incarceration

U.S. parents’ child support debt ballooned from $11.3 billion in 1987 to $115 billion in 2017. And as federal involvement in child support increased, new enforcement tools were implemented, such as mandatory payback for families receiving public benefits. At the same time, some 2.2 million people are confined in prisons and jails across the country. In the American Journal of Sociology, Lynne Haney examines the intersection of these systems, or what she calls “incarcerated fatherhood.” Combined, she argues, these laws, policies, and institutional practices shape low-income fathers’ parenting styles.

Haney analyzes national child support policies, conducts court observations, and interviews incarcerated men to look at how child support debt and punishment operate in a cycle: the “debt of imprisonment” and “the imprisonment of debt.” Incarcerated men accumulate child support-related debt while they are locked up and are subsequently punished for not being able to pay. Haney then looks at how child support debt affects these men’s parenting styles. Roughly 20% of the men in the study were able to fulfill strict child support regulations and be actively involved in their children’s lives, while 10% of the men were not committed to being involved in their children’s lives and did not pay support. The remaining 70% of fathers landed somewhere in between: simply broke and wanting to change their situations, but unable to because of crushing debt and imprisonment.

High levels of imprisonment obviously inhibit fathers’ involvement with their children, and punishment related to non-payment of child support—via enforcement tools meant to ensure fathers’ involvement rather than curtail it—frequently exacerbates the problem. In the meantime, the men in Haney’s study seek dignity and a revision of what it means to be a “good father,” so that state institutions stop seeing them as failed fathers, labor market rejects, and broken work machines. Like the fathers interviewed in Jennifer Randles’ Contexts feature (Spring 2018), Haney’s respondents want to be freed from institutionally mandated parenting ideals that reduce fatherhood to breadwinning.