Letters from the Editors 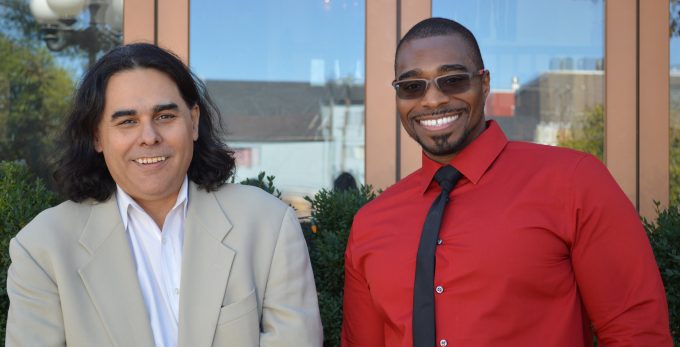 From the Contexts Editors:

One of our primary goals as editors of Contexts magazine is to highlight and center scholarship that often gets pushed to the periphery. We did this for our Summer 2020 special thematic issue on Indigenous sociology. We brought on two experts on Indigenous studies—Nicholas Reo and Angela Gonzales—to serve as our guest editors.

Nicholas is an Associate Professor of Native American and Environmental Studies at Dartmouth College, where he studies Indigenous knowledge and ecological stewardship on Indigenous lands. He is a citizen of the Sault Ste. Marie Tribe of Chippewa Indians. He also runs the Homelands Collective, which includes students, faculty, and community knowledge holders invested in indigenous environmental work and indigenous environmental studies. The collective supports Indigenous nations’ and organizations’ efforts to care for their homelands—the lands and waters that give life to our societies.

Angela is an Associate Professor of Sociology, in the School of Social Transformation at Arizona State University. Her research crosscuts and integrates the fields of Sociology and Native American/Indigenous Studies with community-based research examining sociological processes related to identity, civic engagement, and community health. Angela is an enrolled member of the Hopi Tribe from the Village of Shungopavy (Spider Clan). She is past-President of the Hopi Education Endowment Fund and currently serves of the Board of the Colorado Plateau Foundation.

We center Nicholas and Angela’s community-based participatory research because it matters. Scholars can publish in academic journals and use their research to help inform policy and empower communities. Nick and Angela do this in our special issue on Indigenous sociology.

In addition to the articles on Indigenous sociology highlighted in Nicholas and Angela’s guest editor letter below, we have a slate of works across the magazine. In our Feature Article section, Stapleton, Sauder, and Hallett have a provocative and compelling article on public ideas and how they are socially constructed. Bodovski provides insight into the behavior of parents caught in the college admission scandal that rocked higher education in the United States. Our In Pictures section features something near and dear to Nicholas’ life—skateparks, and how they started as churches. Trends features the representation of women in political parties, and the Culture section focuses on how quilters have stepped up and used their skill during the pandemic. The Books section provides insightful reviews of some of the most notable recent books on race including, Irbam Kendi’s How to be an Antiracist and Jonathan Metzl’s Dying of Whiteness.

Finally, be sure to take a good look at the cover for this issue. It features the work of Dillen Peace, an Indigenous artist. 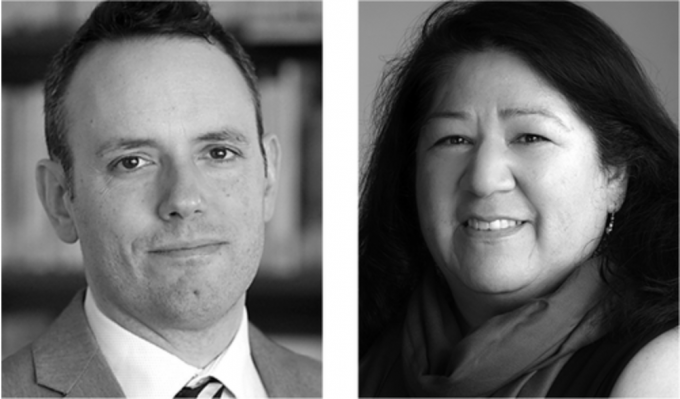 From the Special Issue Guest Editors:

In his 1992 Annual Review of Sociology article, Matt Snipp lamented the lack of sociological attention to American Indians due to the discipline’s focus on urban behavior and social organization. In the near three decades since, sociological research on Native Americans in the lower-48 U.S. context as well as in relation to Alaskan Natives, Native Hawaiians, and Indigenous peoples globally, has grown incrementally. With notable contributions by both Native and non-Native sociologists. In his 2018 ASA presidential address, Eduardo Bonilla-Silva prevailed upon sociologists to recognize settler colonialism as a contemporary social force. Equally important is the recent formation of the ASA section on Indigenous Peoples and Native Nations.Prompts like Bonilla-Silva’s invite us to think about how sociology might be transformed by acknowledging and interrogating the various forms of colonialism and how they have manifested in the production and validation of sociological knowledge.

We are excited to present this special issue on Indigenous sociology for several reasons. First, we are experiencing a new, sizable wave of social justice activism within Indigenous populations that parallels and intersects with Black Lives Matter, Me Too, and other related movements in important ways. The more prominent Indigenous movements, from Standing Rock to Mauna Kea, are entering the public’s everyday consciousness and finding their way into sociological research and syllabi. Second, the interdisciplinary field of Indigenous studies is growing rapidly and generating new theoretical spaces relevant to sociology. Concepts central to Indigenous studies such as settler colonialism and Indigenous resurgence, as well as anti-colonial research methodologies and ethics are particularly relevant to sociology. Third, technologies of identification from census enumeration to genetic ancestry testing underscore the transformation in the meaning and use of “race” as a social and political category.

Equally important is the recent formation of the ASA section on Indigenous Peoples and Native Nations.

The contributions in this special issue present important ways for thinking through questions and concepts about race and inequality, two central concerns in sociology. Concerning the former, Gonzales and Kertesz’ article discusses how the “scientifically flawed and outdated concept of racial blood” as maker and marker of Native American identity remains a powerfully entrenched idea. Mail order ancestry DNA tests are solidifying longstanding misconceptions about the biological basis of race, and our political and cultural understandings of individual and collective identity. Collins presents related concerns in his discussion of blended Native American and African/African American kinship relations. He critiques the insidious ways that slave narratives and one-drop racial analytics shape understandings of family, tribal history, and belonging. In her article, Huyser problematizes the multiple ways the U.S. government has shaped American Indian identity and life outcomes for Native people, especially through the Bureau of Indian Affairs’ certifications of degree of Indian or Alaska Native blood and the U.S. Census Bureau’s shifting methodologies for enumerating the American Indian population. She suggests social scientists rely on multidimensional concepts of American Indian identity and “critically evaluate group boundaries and boundary making in analyses.”

In their article, Chin and Brayboy theorize that, for people of color in the U.S., structures of inequality and oppression connect into a larger superstructure of violence, grounded in what they call terrortory (i.e., “the lawful use of fear and violence to alienate land and people in the name of profit”). Here, they articulate three distinct forms of Indigenous erasure that contribute to the making of terrortory: physical erasure by force and acts of violence, narrative erasure by vanishing Indian tropes, and erasure through deficit-orientations in research. Mauer examines a case that could easily fit into Chin and Bray-boy’s terrortory analytic while challenging simplistic conceptualizations of resilience in social and ecological research. Based on work with the Lower Elwha Klallam Tribe and its citizens, Mauer examines the impacts of the damming and undamming of the Elwha River on Indigenous lifeways and economies. Where other scholars have viewed the Elwha River restoration as a beacon of hope and resilience, Mauer’s work shows how both the damming and restoration of the River have been sources of trauma for Klallam families. Klallam families are also hopeful about the future of their tribal nation and as Mauer suggests, narratives of hope and trauma should be listened to together if we want to understand the complexity of Klallam experiences. In his article, Derek Jennings examines the disproportionate impacts the COVID-19 pandemic is having on Indigenous communities. Taking an indigenous perspective, he offers insight on health and healing rooted in the practice of traditional hunting practices. In the Policy Brief, Evans writes about the continuous battle for Native American lands in light of U.S. Supreme Court case law.

As guest co-editors of this special issue, we want to thank the editors of Contexts for this opportunity to invite readers to think broadly about a range of issues and topics through the lens of indigenous social phenomena and experience. We hope this special issue inspires readers to talk about and sit with the ideas shared by the authors in this collection and continually rethink how the discipline might be enriched through the inclusion of and attention to contemporary indigenous peoples.

Understanding debits and credits are Vidmate essential for bookkeeping and analysis of balance sheets.

They can also be thought of as mirror opposites: Each debit to an account must be accompanied by a credit to another https://tutuappx.com/ account (that's how the phrase "double-entry bookkeeping" gets its name).