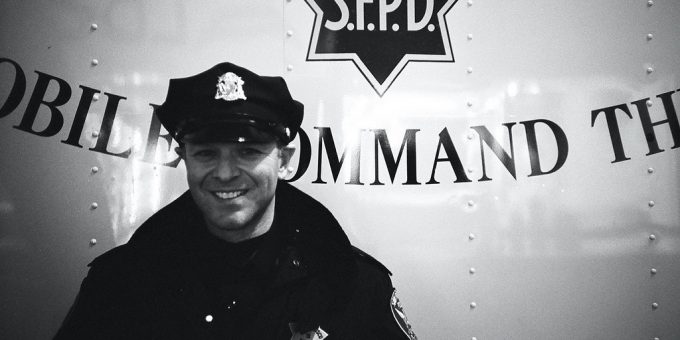 Social environments contribute to individuals' ideas about whether police can be trusted to act fairly. Doctor Popular, Flickr CC

It seems intuitive that the neighborhood you grew up in and your past experiences with authority figures would shape your perceptions of police as helpful and fair. This idea, called “procedural justice,” is, more precisely, the notion that fair procedures are equally distributed to everyone. Past neighborhood experiences and fair treatment by early authority figures, such as parents and teachers, underpin one’s “relational justice schema,” or the shorthand set of personal assumptions you use to quickly determine whether you’re being treated with the respect and fairness afforded to others. Taken together, Justin Pickett, Justin Nix, and Sean Roche, theorizing in Social Psychology Quarterly, test whether a given person’s perceptions of police procedural justice are anchored in their more general RJS.

To better understand how people use their RJS to evaluate police fairness, the authors used online surveys and a set of two studies aimed at measuring perceived police fairness, individuals’ RJS endorsement, and participants’ past experiences. Pickett, Nix, and Roche find that having positive neighborhood experience and receiving quality parent and teacher procedural justice strongly informs the judgement that police fairly resolve disputes. Additionally, a general belief that people act respectfully and fairly positively influences individuals’ perceptions of police fairness. When taking past negative experiences with police into account, however, even RJS is unable to overcome one’s perception that police act unfairly.

As advocates argue for police reform aimed at improving attitudes toward police and community willingness to cooperate with authorities, it is important to acknowledge that social environments, including early interactions with teachers and others within our neighborhoods, contribute to our individual ideas about whether police act justly. The authors advise that one way to bolster police legitimacy is simple: police must refrain from performing justice unfairly. Beyond that, the scholars suggest creating more ways for community members to hold police officers accountable for their behaviors, such as mandating body-worn cameras and filming police-civilian interactions.