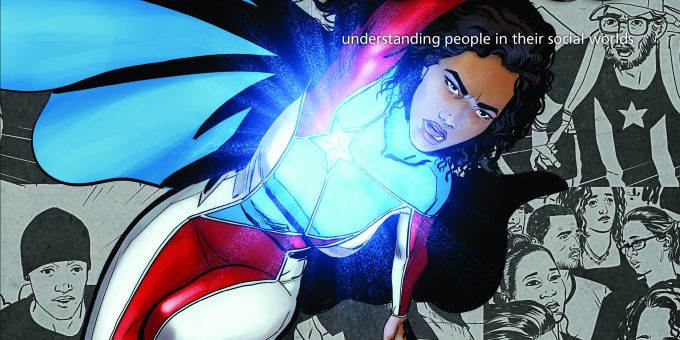 Resistance: Summer 2018 Letter from the Editors

Resistance can be thought of as a broad range of active actions against the status quo, often aiming to do what is morally right even if it opposes laws or mores. Resistance is fighting for people to see your humanity. Resistance is speaking up and speaking out, pushing forward even if you know the consequences could be grave—the loss of a job, a friend, or your life. You resist.

Commonly, when we think of resistance, we think to the leaders, martyrs, and icons—Rosa Parks, Nelson Mandela, Muhammad Ali, Che Guevara, and Colin Kaepernick. We also think about powerful watershed moments and historic events and moments including Tommie Smith and John Carlos’s Black Power salutes on the 1968 Olympic podium; the Stonewall riots, when members of the gay community fought back after a police raid in New York City; Occupy Wall Street’s Zuccotti Park encampment; the Dakota Access Pipeline protests at Standing Rock, N.D.; the millions of women who took to the world’s streets for the Women’s March in January 2017; and Kaepernick igniting the Take a Knee actions by refusing to stand for the national anthem before an NFL game, boldly addressing police brutality and the growing sense that the country does not fully humanize men like him.

The United States, in particular, has been a site of resistance in recent years. As the global community grapples over social and cultural norms around gender, race, and class, movements in the U.S. have begun to work toward intersectionality. People who care about women’s rights also care about and mobilize around racial justice, equitable healthcare, and immigration control. From Black Lives Matter to #MeToo and the March for Our Lives, Americans are protesting police killings, pressuring lawmakers to address gun control, holding abusers accountable for rape, assault, and sexual harassment, demanding an end to the separation of immigrant parents and children, and asserting their rights to bodily autonomy and equal pay for equal work.

Such marches and mobilizations are great visuals, but they are not the whole of resistance. Everyday ways of fighting back range from clothing and hairstyle choices, bumper stickers on cars, and messages and images distributed through social media. Many are quick to think of these daily, incremental actions as nothing more than “slacktivism,” but challenging policing, education policy, abortion restrictions, and pay inequities has to start somewhere. Just as resistance can mean staring down a tank in Tianamen Square, resistance can mean a healthcare worker giving a dying diabetic patient a piece of candy to elicit a smile, even as the patient’s insurance company denies coverage for certain forms of care. It can mean silent boycotts of products and companies. It can mean calling up your legislators, holding them accountable for inequitable policies.

Sociologists study all these modes of resistance, providing insights about the sources of conflict and why various actors take the stands they do. We offer policymakers thoughtful prescriptions for reconciliation and progress. We join the resistance, organizing within our disciplines and institutions, refusing to conform our research and theoretical paradigms to traditional, mainstream frameworks. And we try to help restore mutual understanding, empathy, and reconciliation between the oppressed and the oppressor.

This issue features folks who know a lot about resistance. In our Q&A section, Cornel West talks to Janice McCabe about activism within academia, while photographer and activist Ayana Jackson discusses her choice to reorient and recast images that have divided and systematically erased women and people of color from our mental images of “history.” Among the feature articles, Carole Joffe shows us what resistance looks like on the frontlines of abortion provision, Sidra Montgomery reveals inequality and invisibility among “wounded warriors,” Jennifer Reich considers the increasingly prevalent parent-resisters who refuse vaccinations for their children, with ripple effects into vulnerable communities, and Ho-Fung Hung looks at the prospects for countries resisting the rising tide of American economic isolationism. Across this issue, you can read about White supremacists’ “danger narratives” that frame their actions as resistance, how Trump’s rhetoric galvanized NFL player-protesters, and why sex workers are fighting the implementation of federal legislation intended to curb sex trafficking. And if you’re really inspired, you can check out “One Thing I Know,” by Patricia Munro, sociologist and fall 2018 political candidate.

For those of us feeling disheartened and depleted, we also head for the fictive future in a viewpoints section on the utopic, counterfactual, and escapist functions of sci-fi. Which brings us to the cover: this is La Borinqueña. The brainchild of Edgargo Miranda-Rodriguez, La Borinqueña is a Brooklyn-based superhero and Columbia University undergraduate whose powers derive from the history and mysticism of Puerto Rico. She resists, as do we.