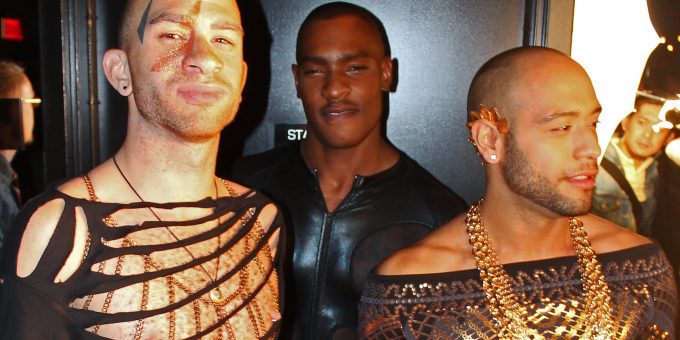 How do marginalized men working in illicit markets create opportunities to improve their own racialized masculine status? In Gender & Society, Sharon S. Oselin and Kristen Barber attempt to answer this question through understanding “status maneuvering” among men of color who participate in sex work. Status maneuvering is a process through which structurally marginalized people use proximity to more privileged people to access higher status. Through 19 in-depth interviews with cisgender men of color who have engaged in the street sex trade, the authors found this process at work: participants used encounters with privileged clients to temporarily improve their own social positions.

Among their respondents, status maneuvering required emphasizing similarities, rather than differences, with privileged clients and therefore attempting to approximate privileged masculinities. Men sex workers in the study boosted their relationships with White, upper-class, sometimes heterosexual men to emphasize their own ties to stereotypically dominant masculinity. In discussing these relationships, sex workers highlighted their ability to select the most beneficial clients—itself a sign of status among fellow sex workers. This framing minimized inequalities while emphasizing agency and status. Beyond framing, actually gaining material goods, such as clothing, alcohol, cars, and sometimes even legal employment, was important to many of the participants. Through relationships with wealthy, White men, they were temporarily able to access material goods that became visible status symbols further signaling similarities with privileged clients.

Oselin and Barber argue that through status maneuvering, marginalized men are able to resist the structural constraints that may otherwise limit their options, on the job and beyond. Their findings also demonstrate the permeability of social status boundaries.