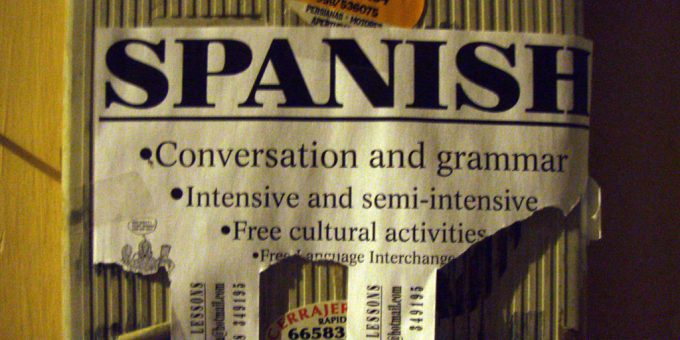 Do you have to speak Spanish to be Latinx? In Social Problems, Lorena Garcia explains how middle-class adult children of Latinx immigrants use Spanish in order to claim membership to a Latinx ethnicity for themselves and their children. Through in-depth semi-structured interviews with 50 middle-class Latinx who grew up poor in Chicago, Garcia examines the factors shaping her respondents’ “language ideologies.”

The author explores how language ideologies differ among Latinx people and are shaped by the contexts in which they grew up. Immigrant status, location, ethnoracial and linguistic identification, and social mobility experiences all factored in. While some Latinx participants felt united in their linguistic insecurities, others felt resistance to the idea that there was any “correct” way of speaking Spanish. These distinct language ideologies eventually led to differences in how they perceived their connection to a Latinx identity.

The most significant impact was on respondents’ expectations for their children. Parents who grew up poor believed that “linguistic capital” (knowledge of Spanish) in the form of bilingualism was important for their children. Their Spanish didn’t have to be “perfect”—any bilingualism was seen as beneficial for the kids’ future labor market opportunities and places within Latinidad. Garcia shows that Latinx immigrants do not assimilate in a trajectory like the one predicted for their White counterparts but instead have their own perception of “doing Latinx” through the use of language.