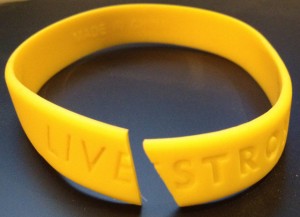 When cyclist Lance Armstrong admitted to doping, he joined a growing list of professional athletes with ruined reputations. But public humiliation is not the end of Armstrong’s story. As the public face of Livestrong, the cancer advocacy nonprofit he helped found, the athlete had leveraged his reputation as a champion and testicular cancer survivor to help direct funds to worthy research. His fall from grace could deal a blow to cancer patients and survivors.

Advocates for disease-specific funding, such as breast cancer or HIV/AIDS, increasingly drive federal research allocation decisions, according to sociologist Rachel Kahn Best. Writing in October 2012 in the American Sociological Review, Kahn Best says that diseases with “morally deserving” victims receive a larger proportion of funding. Cancer research advocates have been particularly successful in lobbying for government support. Relative to the number of people it affects, the disease receives a disproportionate amount of research dollars, thanks to the efforts of high-profile victims and sophisticated advocacy
organizations.

Now rebranded as a champion cheater, Armstrong is no longer an effective advocate for cancer research funding. His association with Livestrong may affect the organization’s ability to raise money, but, even more importantly, it could make the federal government less likely to fund the race for the cure. Then again, one group’s misfortune could mean another group’s gain—less funding for cancer could mean more money allocated to other diseases.