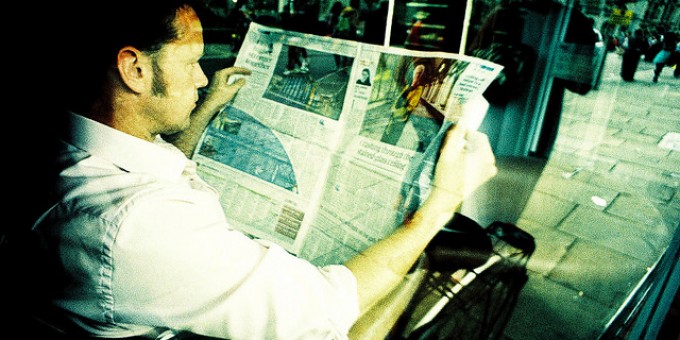 Women are now the majority of college graduates, have entered the workforce in droves in the last half century, and have “come a long way” toward equality. But the formidable “glass ceiling” persists in many occupational spaces (a term that has spawned off-shoots such as the “stained glass ceiling” for clergy, the “celluloid ceiling” for Hollywood execs, and so on).

What about a “paper ceiling”? In their American Sociological Review article, Eran Shor and colleagues try to figure out why women seem to be missing from so many newspaper stories. They studied 13 daily U.S. newspapers published between 1983 and 2008, and 2,000 English-language newspapers and online news websites for the period between 2004 and 2009. Their findings suggest there really is a “paper ceiling” under which women are less likely to be mentioned—and it’s not just because they hold fewer powerful positions in society.

Overall, there is a 5-to-1 ratio of mentions of men’s names to women’s in the media studied. One finding is that, because reporters regularly rely on previous contacts and those quoted in news articles are often top leaders in business and politics, a relatively small and male group is disproportionately mentioned in the press (particularly nation-wide press). Interestingly, the gender of a publication’s editor makes little difference for gender parity in content, nor does the political leaning of the paper. However, female representation on the editorial board, among management staff, and among section editors is correlated with a more equal gender balance within articles.