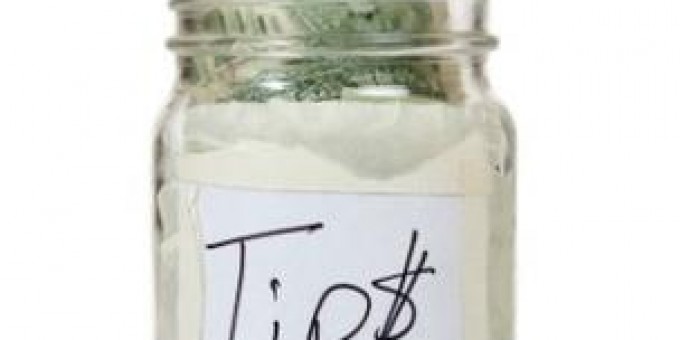 Americans like to tip, offering extra cash to everyone from service station attendants to home health care aides. But for some workers, like restaurant wait staff, tips are essential because the job itself fails to pay a living wage.

As scholar Saru Jayaraman reports in Behind the Kitchen Door (2013), despite strong job growth in the restaurant industry, poverty levels among waiters and waitresses remain higher than in most other occupations. Eighty percent of all food service workers do not earn enough to pay for the basics—rent, transportation, child care, and health care. And food stamp reliance among servers is almost double that of the workforce in general.

Women, who make up at least 72 percent of servers, and are more likely to work in casual dining establishments where earnings are lower, are disproportionately affected. But customers’ health is also affected. In a survey of more than 4,000 restaurant workers conducted by worker advocacy group Restaurant Opportunities Centers, two-thirds of those surveyed reported preparing, cooking, and serving meals while sick because they could not afford to miss a day of work.

Reducing workers’ reliance on tips, and offering tipped and non-tipped employees the same wage guarantees, would help to ameliorate poverty—and contribute to our collective public health.