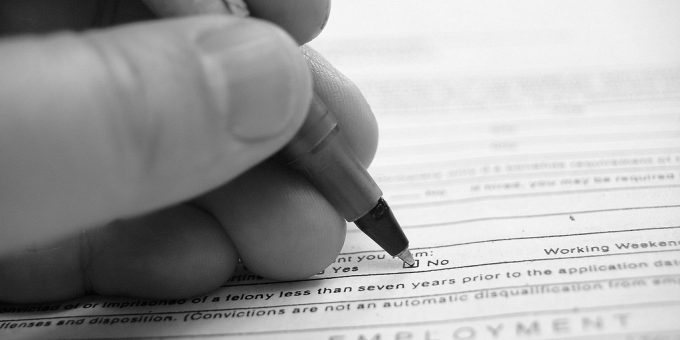 To Hire or Not to Hire?

Several studies show that decisions about who to hire contribute to occupational gender segregation. But what about the decision not to hire? In American Journal of Sociology, Ming Leung and Sharon Koppman test the “proportional prejudice” hypothesis: that employers are less likely to hire when the proportion of gender-atypical job applicants is higher than the proportion of gender-typical applicants. For example, if a disproportionate number of women applies to a stereotypically male job, the employers judge that something is “wrong” with that pool. Because applicants’ gender composition shapes employer opinions about skills, hiring teams select fewer resumes and more harshly evaluate those from pools with unexpected men/women ratios. Subsequently, they hire fewer applicants from these “unusual” groups.

The authors used 2012 hiring process data from an online contract labor market that included information for 249,506 hiring entities and more than 150 different job types. They also interviewed 185 employers about their hiring decisions. They focused on IT and programming as well as writing and translation jobs, which are male and female stereotyped, respectively.

After considering applicants’ education, experience, and reputation ranking alongside job offer characteristics, results confirmed the proportional prejudice hypothesis. The higher the percentage of female applicants in the pool, the more likely it was that the employer would decide not to hire anyone from that pool for a male-typed job. Because women apply more to stereotypically male jobs than the opposite, “proportional prejudice” harms women more than men. Conversely, the likelihood to hire increases when the pool overrepresents women applying for female-typed jobs.

Employer bias appears to be amplified by the composition of applicant pools: the authors even report that larger proportions of Black, Asian, and older applicants in a given pool increased the likelihood of not hiring. These compounding effects contribute to labor market segmentation.