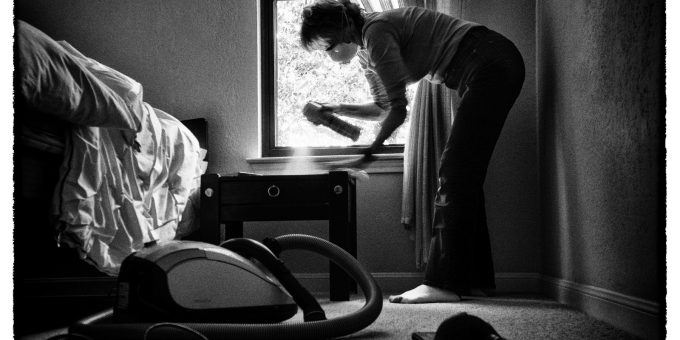 Does living in a city change how heterosexual married men and women divide up chores? In Gender & Society, Natasha Quadlin and Long Doan investigate whether location affects the gendered division of household labor.

American society has long stereotyped certain household tasks as “female-typed chores,” such as cooking, laundry, dishes, grocery shopping, and cleaning, and others as “male-typed chores,” like automobile maintenance, repairs, and outdoor work. Quadlin and Doan explain that because people living in urban areas typically have less outdoor space and fewer vehicles than people in rural and suburban areas, these male-typed chores hold less relevance for city-dwellers. So does this mean married urban men take on more female-typed chores to balance housework duties with their female spouses? In a word: no.

We might expect urban men to step up their contributions to female-typed chores, for a couple reasons – they have time available because they’re not spending time on male-typed chores, and they tend to believe in equality than their rural and suburban counterparts.