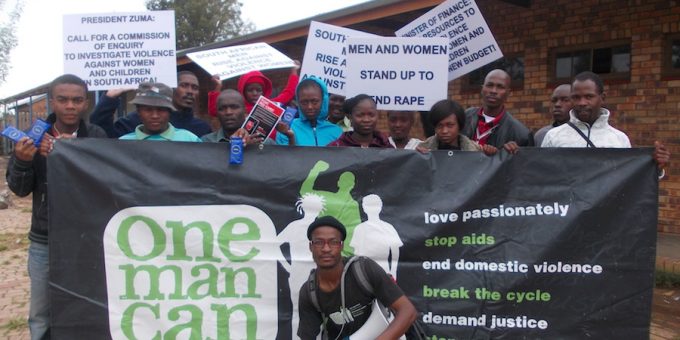 Where Intersectionality is a Strategy

Despite a consensus that men’s involvement is crucial to women’s rights movements, including the long-standing push to stop violence against women, it remains a struggle for antiviolence groups to recruit and retain male allies. It’s even more difficult to engage men across diverse communities.

Tal Peretz, writing in Gender & Society, investigates how men become involved in antiviolence work through an in-depth study of two antiviolence groups in Atlanta, Georgia, both of which focused on engaging men of a particular marginalized identity. Thus, while much of the antiviolence literature focuses on White, heterosexual, middle-class, and young men, Peretz takes an intersectional approach. (Intersectionality is the idea that our different social identities combine to shape unequal life experiences.)

Much like men in past studies, the Muslim men in Peretz’s work do not tend to see their antiviolence activism as directly linked to their own experiences. Instead, their involvement increases with age and parenthood and is heavily dependent on interactions with women. Differing from other men, Muslim men’s online interactions with women are particularly important in spurring activism; the small, dispersed Muslim population in America and Muslim men’s disinclination to socialize with unmarried women make these interactions crucial to their mobilization.

Meanwhile, queer men’s pathways to activism do not reference women; their involvement often begins in childhood and results from their own experiences as marginalized people. Seeing sexism and homophobia as two sides of the same coin, queer men link their own identities to their understanding of issues of violence. Ultimately, their involvement stems from similarities between them and women, whereas Muslim men’s involvement stems from acquired connections with women. What does this mean for antiviolence movements? For antiviolence movements, intersectionality isn’t just a buzzword, but a crucial practical approach to activism, ensuring that causes and messages are heard and received across many communities.