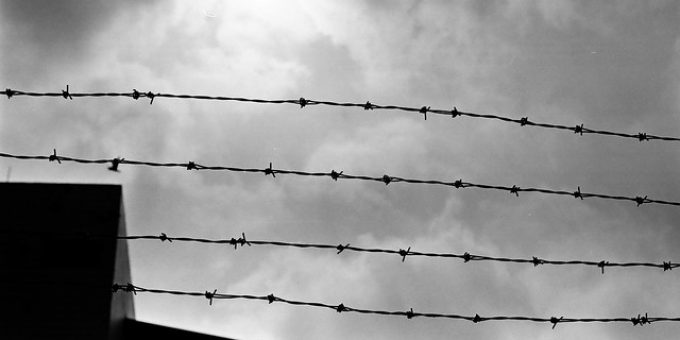 Are Social Scientists Next to be Imprisoned and Tortured? A call to unite and oppose the criminalization of social science

Over the past several weeks, there have been a number of troubling events striking fear among many of us in the social sciences who study and report on politics, economics, and law in the U.S. and globally. New extradition and secrecy laws are now opening up the door to social scientists being charged as criminals in our countries and extradited to others for doing the work that we engage in every day. For us as social scientists, it is common to use primary source materials, rely on interviews, participant observations, and other qualitative methods, but recent criminal prosecutions and laws are now criminalizing the material we use; even data that has been  received directly from government sources. Data that is vetted and approved today may now even prove to be the source of danger if found in our work tomorrow. Government promises, international law, and professional codes may no longer offer protection and we need to stand up together to oppose this trend.

In the past several weeks, we have seen a number of interconnected but seemingly unrelated events:

In making this determination on what it seeks to censor and criminalize, the U.S. government is using what is called the Espionage and Censorship Act (18 U.S.C. Chapter 37 §793) which is little different from the Chinese law on state secrets.

The result has been a massive outpouring of opposition in Hong Kong, with up to two million demonstrators—or some 20% of the citizenry participating in opposition. Many citizens in Hong Kong fear that a new extradition law would allow China to criminalize all dissent in Hong Kong, including all scholarly research and publication of which it disapproved.

There has been little attempt to link all of these events in international media. They are generally described as isolated actions by the Chinese government against the Hong Kong dissidents, or by the U.S. President, or by a small number of actors in the U.S. government against demonized foreigners through “limited” intrusions on the U.S. Constitutionally sacrosanct First Amendment rights of press freedom.

In general, these events are treated as isolated, with the focus on the specific individuals and organizations that are being criminalized. The targets thus far include the international news and research information site, Wikileaks, U.S. military veteran turned whistleblower Chelsea Manning, the Australian researcher, publisher, and social critic, Julian Assange, and the peoples of Hong Kong.

What we are seeing is an attempt by major governments of the world—the United States, China, Canada, and the United Kingdom—as well as third countries working with them, to criminalize public information by labeling it “secret.” These countries are also seeking to extend the prosecutorial reach of governmental elites beyond national borders.

Some of what is being criminalized in these cases is the very information that colleagues in our profession regularly use in research and analysis. Nearly every social scientist who studies any political, social, or economic phenomena of our time knows that all information has the potential to be considered sensitive or secret.

In our work as social scientists, we expose what is often considered “taboo,” “unjust,” or “corrupt” and point out “contradictions,” presenting voices that have been silenced, challenging dogmas and myths. This type of information is exactly what is often labeled as “secret.” Therefore, these laws criminalize our professional work and put us in danger.

These recent cases, though they are not yet criminalizing social scientists, are setting the precedent for making us, our students, and our social science community subject to jail and torture at the whim of governments based on our professional work.

With this letter, I am asking the leadership of the American Sociological Association and you, colleagues, to join with me in making a statement expressing our alarm at and seeking to curtail:

David Lempert is a visiting scholar at Humboldt University of Berlin’s Institute for Asian and African Studies, social scientist, and California attorney. He was one of the first American social scientists to conduct research in the urban Soviet Union and in Vietnam.

Actually Meng Wanzhou was released on bail and is not sitting in Vancouver jail. I thought the same thing too, but even her Wiki bio says she was released on bail. Also: she is a multi-millionaire and owns several mansions in Vancouver where she has lived for many years! I say this only to clarify, as I agree the arrest of her is total bullshit American arm-twisting of the most repulsive type, i.e. 'Don't do business with my enemies (Iran) or I'll fuck you up too!'. It is sickening and embarrassing to see the USA devolve to this level of mafia-esque global gangster geo-politics.

Great article, thanks for such useful information. I like to get acquainted with such materials, especially when they are well written. When you are a student you have to read a lot of materials in order to get good grades, but thanks to the PapersBattle it has become much easier. All you need to read the review on various platforms and choose the appropriate one.

Update on the Response of the ASA Leadership
The response, thus far, from Nancy Kidd, Executive Director of the ASA, with the notice of the President of the ASA, Christine Williams, of the University of Texas-Austin, and the Outgoing President of the ASA, Mary Romero, of Arizona State University, is the following two sentences with no transparent explanation of either the process or the decision:
The relevant group has reviewed your proposal and decided not to issue this statement on behalf of ASA. Thank you for providing us with an opportunity to consider this.
On October 22, 2019, I asked these three representatives of the ASA to offer their explanation here in Contexts. I asked the editors of Contexts to allow for a full response in addition to this space if the ASA representatives requested it. I received no answer from the representatives of the ASA. I explained my interpretation of the ASA's decision as follows:
I view the response of ASA's leadership as recklessly endangering colleagues and possibly violating the role of the individual offices of the leadership, of the Association and its charter. In my view, this decision is abrupt, insensitive, in violation of democratic principles and our profession's and U.S. traditions, as well as non-transparent. It suggests either ignorance of our field (and the current dangers to colleagues), malice against colleagues who work on issues of politics, economics or law, or a lack of courage to stand up for the profession.
I noted that I would prefer a considered debate on this proposal for action that goes beyond just criticism of colleagues. I asked for clear reasoning and reconsideration of this decision. I offered to work constructively with ASA leadership on behalf of the profession.
I urge colleagues to write directly to this leadership of the ASA as well as to the President elect, Aldon Morris, of Northwestern University, and the Vice President elect, Rhacel Salazar Parreñas, University of Southern California. I will be asking Dr. Morris and Dr. Salazar Parreñas to also make their views clear on this urgent issue.

I definitely get a fee from each and every part of it. This is a great and informative website. I need to bless your heart .. Thanks. online jigsaw puzzles

Thanks for sharing this page. Watch online all the Filipino replays online in hd without getting any membership on abs-cbn network. kadenang ginto online

This is a very interesting post and all the details are in this post are awesome.
hotmail login

Hello guys, why I am writing here, because I want to help such guys who do not know how to write a good essay or oter papers like dissertations, thesises and so on to the universoty or somewhere, because I am a professional writer and I can assist you with any kind of issues related to essay writing I work as an executive writer at platform where all of you can easily order written essay.

What? This is a new thing for me. I mean what is wrong with social scientists? Are you facing writing issues? now you can solve your writing problems from here https://assignmentman.co.uk.They are doing a good job in their circle, they are providing nice facilities and innovations in social scenarios. We should accept the positive changes from them.

Thanks for sharing this information with us and we will revisit your website also visit https://quality-essay.com/essay-samples/review/our-bog-is-dood.html

I am against such rules that arrest our social scientists. I am completely against them and I am very impressed to know about this news cheap dissertation writing service

i like such a post thanks alot for sharing great info . watch Pinoy channel and
Pinoy channel

That's good to read admin. And our website to enjoy all the Pinoy TV and Kapamilya channel daily show. Any visitor can also ask about his best Pinoy series in our comment box.

The article you have shared here is very good. It’s really interesting information.