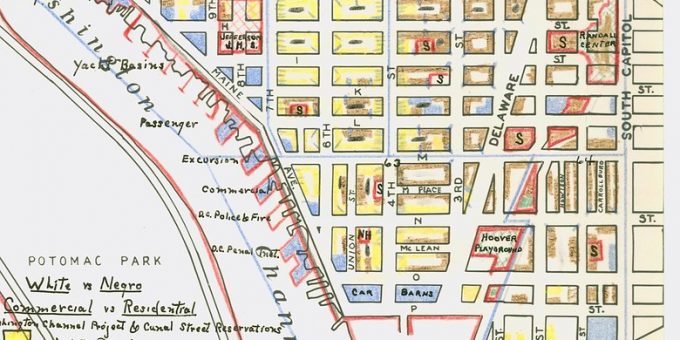 This 1938 map of Black and White neighborhoods in Washington, D.C. may not be all that out of date amid persistent, nationwide residential segregation. National Archives.

Do diverse neighborhoods remain diverse, or are they simply transitioning? In recent years, researchers have used neighborhood diversity as a measure of progress toward racial harmony and away from the legacy of segregation. While some people may perceive there are more racially diverse neighborhoods today, many speculate they are the result of changing demographics rather than integration.