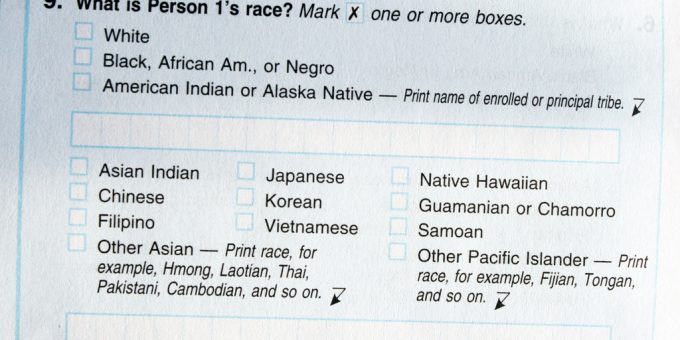 The box you choose may change over time. – Quinn Dombrowski, Flickr CC

Racial self-identification is surprisingly fluid. Some people, particularly those with mixed ancestries or multiracial identities, change their racial categories over time. Immigrants and the children of immigrants are a particularly interesting subgroup because of how they integrate and view themselves within their new country’s racial hierarchy. In their recent Sociology of Race and Ethnicity article, Thomas Mowen and Richard Stansfield study the prevalence of such changes in racial self-identification and the mechanisms that may contribute to these changes.

They find that the children of immigrants in the U.S. may change how they self-identify partly because of peer influences in the transition into adulthood and partly because of stress about social and academic performance. They use longitudinal data taken between 1991 and 2003 in San Diego and Miami to measure young people’s educational performance and social, cultural, and psychological adaptation. In the sample, 42% changed racial identification as young adults, mostly moving between “other,” “multiracial,” and “Hispanic.”

Children of immigrants with more positive feelings of self-worth and self-esteem and those with more cohesive families were more likely to change their racial self-identification, while depression and socioeconomic status appeared to have no effect. The authors conclude that changing racial identity might be related to immigrants’ kids’ need to maintain a socially positive identity.