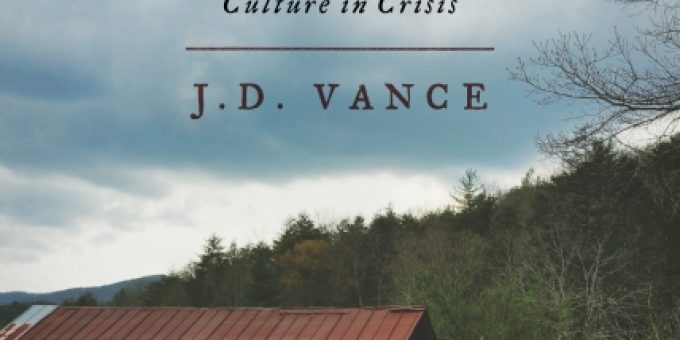 Color-Blindness Wrapped With a White Bow

J.D. Vance’s Hillbilly Elegy, a memoir of a poor, White, Appalachian upbringing, focused on a social location and identity that are particularly pressing under the Trump administration. In Sociology of Race and Ethnicity, W. Carson Byrd conducts a theoretical case study of the book, which has achieved wide-reaching notoriety since its 2016 release. In particular, Byrd interrogates how Vance’s use of color-blind framing and White ignorance (the purposeful position of ignorance toward issues of racial inequality) makes his account palatable to Whites, despite targeting a segment of Whites.

Byrd argues that Vance’s book gained acceptance by presenting racial inequality as the natural result of blending genetic determinism and racial essentialism. Vance even adopts culture of poverty explanations for the position of Appalachian Whites that mimic those used to stereotype inner-city Blacks (since at least the Moynihan Report). Byrd also highlights that Vance explicitly asks readers to avoid using a racial lens as they interpret his story. Combined with its focus on micro-level explanations for pathological behaviors and inequality, Hillbilly Elegy effectively erases the racial makeup of Appalachia (making it seem White and homogenous), thus removing race from the equation to allow space for Vance (and readers) to retain their White ignorance.

Pointedly, Byrd warns that Vance’s color-blind accounts of the plight of Appalachian Whites paint both intraracial and interracial inequality as inevitable by sensationalizing and giving legitimacy to racist and biodeterminist explanations of inequality. Byrd is critical, too, of how rewarding this book and other accounts that are similarly dismissive about structural solutions could negatively impact efforts toward systematic analyses of and potential policy remedies for inequality.