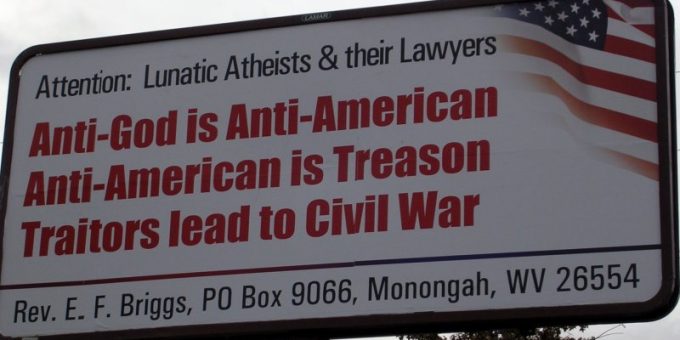 The Constitution protects U.S. citizens in their choice of religion, and, for many, religion is closely tied to American identity. It is, perhaps, why so many citizens distrust their atheist counterparts.

New research by Penny Edgell and colleagues, published in Social Forces, updates this longstanding finding. They report that the only religious group that faces more hostility than atheists are Muslims, and there has been little progress in the last decade. Perceived lack of a moral center—which extends to citizenship and national identity—seems to be the primary reason Americans don’t trust atheists. Interestingly, people who identified as spiritual but not religious were perceived more favorably than atheists, but this growing group is also tainted by mistrust.

The persistence of negative attitudes toward atheists, in spite of changing political and social circumstances, suggests that religiosity and American ideals about morality are difficult to disentangle and even more difficult to change.

Maybe it's time we atheists proclaimed our beliefs In a loud and clear voice.