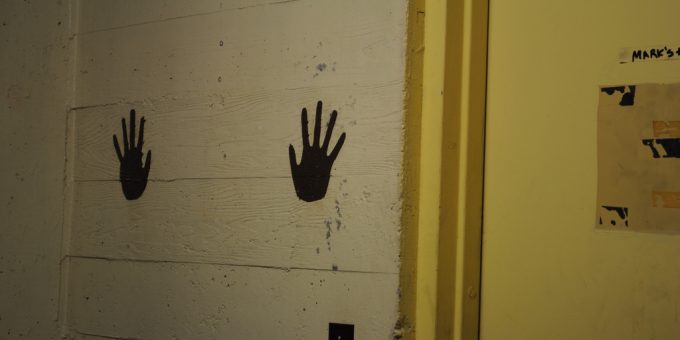 In Seattle, WA's INSCAPE center, INS detainees must place their hands on the wall to be searched. Joe Mabel, Flickr CC

Get Tough on the Huddled Masses

When the police behave punitively toward people on the streets, some people condone their actions and some people criticize them. Joshua Woods and Agnieszka Marciniak sought to test whether those reactions were swayed by perceptions about the person being stopped. Their study results, published in the journal Sociology of Race and Ethnicity, showed that, of the personal characteristics manipulated in sample scenarios, illegal documentation status elicited the strongest support for aggressive policing.

The researchers presented more than 500 students with scenarios based on Arizona’s controversial “SB 1070” law, which allows law enforcement to check the immigration status of anybody they stop if they reasonably suspect an immigration violation. Critics have charged that the law is nothing more than an excuse for racial profiling, while supporters say it’s a commonsense question, and illegal residency is, well, illegal. The students were given a survey of political attitudes, then assigned to respond to one of several randomized scenarios of an officer stopping a driver for a broken tail light, then detaining him for failing to prove immigration status. These scenarios varied whether the person stopped was Canadian or Mexican, documented or undocumented, and an engineer or a factory worker.

Reactions to the scenarios showed that an illegal documentation status was the strongest predictor—above and beyond occupation and country of origin—of respondent support for the officer’s punitive behavior. Regardless of political ideology (as declared in the attitudes survey), if the person stopped was presented as an undocumented immigrant, respondents were more likely to condone the driver’s detention.