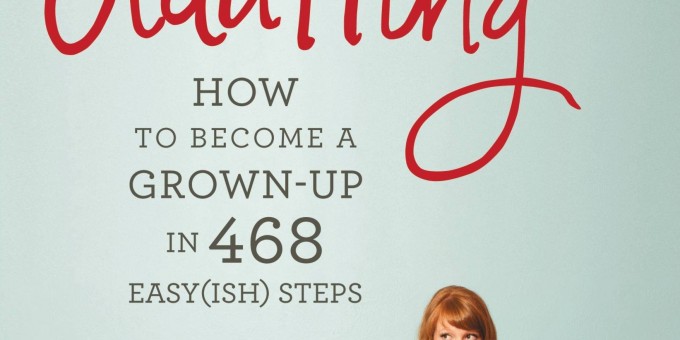 Today there's no shortage of books meant, sarcastically or not, to help young adults feel like, well, adults.

What does it mean to be an adult? How do you know when you’ve finally arrived?

For those graduating from high school in the mid-twentieth-century, the path seemed clear: you did what you needed to in order to find the kind of job you wanted, you worked, you found somebody to marry and a place to raise some kids. None of this may have been easy to accomplish, but the landmarks, at least, were obvious.

Fast forward. As manufacturing sagged and higher education became more obligatory, the age at first marriage and the age at first birth both rose, but those two milestones were increasingly decoupled. And so we arrive at a time when legal adulthood begins at age 18, but social adulthood seems to come closer to 30.

What we haven’t known is how people understand their own lives and their transitions into adulthood. A new paper by Scott Eliason, Jeylan Mortimer, and Mike Vuolo in Social Psychology Quarterly seeks to better understand individuals’ perceptions of having finally become grownups.

Because so many of the landmarks on the way to adulthood vary by race and social class, and because higher education is pursued in so many different ways, the authors find that the pathway to adulthood is no longer one road, but perhaps five separate tracks, each reflecting different strategies toward and ordering of work, school, and family events.

Education and employment weren’t enough. Instead, those who pursued families earlier were more likely to feel like adults by the age of 25 or 26, while those who delayed or failed to form new families of their own by the same age were more likely to report feeling like they hadn’t quite made it. For the parents out there, you’re not alone: kids really do make you feel like a grownup.

It's not having kids that makes an early adult. I married and bought a house when I was 20. Never had kids, never wanted to. I still felt like a grown up though, navigating mortgages, layoffs, car repairs, etc. Now I work at a university library and interact with a variety of students and marvel at the extended childhoods they seem to be experiencing. Different times, different worlds.