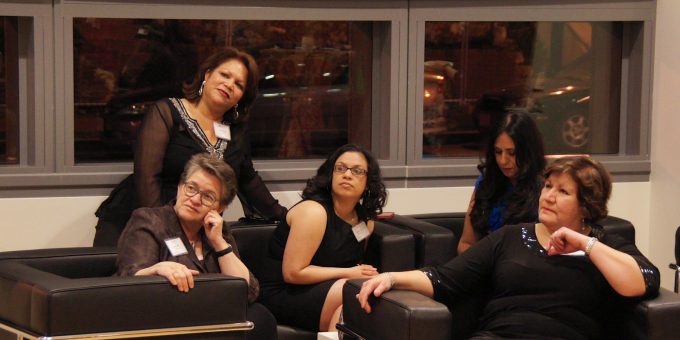 “When Mexico sends its people, they’re not sending their best. They’re sending people that have lots of problems, and they’re bringing those problems with us. They’re bringing drugs. They’re bringing crime. They’re rapists.” Since this statement in June 2015, Donald Trump’s rhetoric has only intensified the Latino Threat, by which anti-immigrant attitudes toward Latinx and Hispanic individuals in the U.S. are intensified. It has also provided the underpinnings of San Juanita García’s latest article in Sociology of Race and Ethnicity.

García wanted to understand how Mexican-origin women experience racialization in an anti-immigrant climate and what that means for their sense of belonging or exclusion. She interviewed 60 Mexican-origin women residing in Houston, Texas; 30 were Mexican immigrants and 30 were Mexican Americans. García found that anti-immigrant attitudes resulted in all Mexican-origin women experiencing treatment as “illegal” regardless of their time in the U.S., generation, or legal status. She calls this process of attaching an assumption about documentation to a person’s phenotypical appearance racializing “illegality,” and women in her study reported being perceived and treated as undocumented in the workplace, criminal justice system, education system, and with healthcare professionals. They were continually asked whether they spoke English, were called wetback, and had their childbearing intentions questioned. García demonstrates how anti-immigrant attitudes have contributed to the often spurious conflation of race, legal status, nativity, and generation for Mexican-origin women.

García ends with a caution: since the 2016 presidential election, scholars have documented a rise in harassment and intimidation of those perceived to be “illegal,” and it shows no signs of abating. She calls on academics to delve more deeply into the ways racialization and “illegality” unfold in the lives of immigrants and other vulnerable populations.